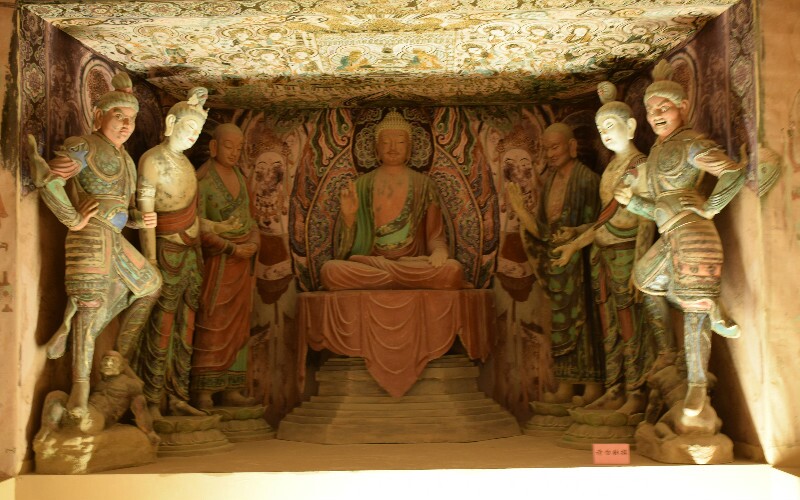 Xi'an is one of China's Four Great Ancient Capitals and the home of the famous Terracotta Army. It served as China’s capital for ten dynasties, spread intermittently over a 1,100 year period from 221 BC. This was the significant year when the first Chinese emperor, Qin Shihuang, united China for the first time. China derives its name from Emperor Qin. The fort at Jiayu Pass linked with the most westerly section of the Great Wall formed a strongly fortified defensive system between two mountain ranges, across the narrowest part of the Gansu Corridor. There are many stories concerning the unique construction of the walls, including "goats carrying bricks on their backs" and "transporting wall stones using an icy path".

Dunhuang is considered by many to be the best stop on the Silk Road in Gansu and is the gateway to the Xinjiang Region. Located at the foot of the snow-capped Tianshan (Heavenly Mountain) Range, Urumqi is the capital of Xinjiang Uygur Autonomous Region in the far northwest of China.

Kashgar is China's most Muslim city, just 100 km (60 mi) from the border with Kyrgyzstan. It used to be an important stop on the Silk Road. The city's relative inaccessibility has had a great influence on its character.