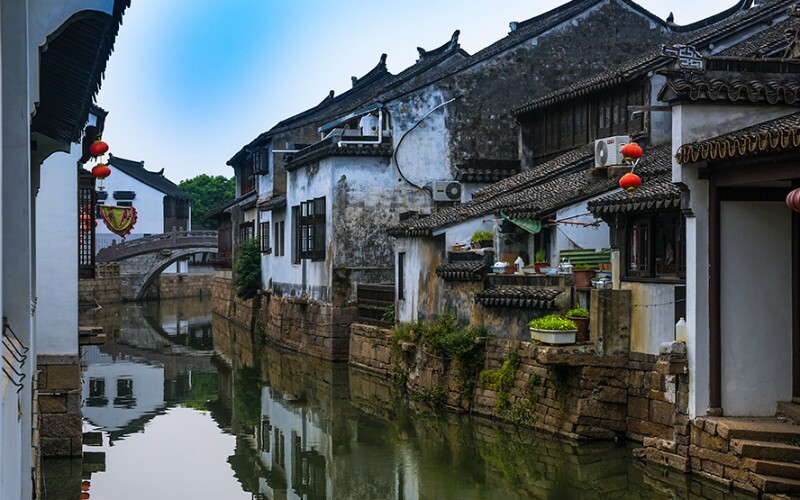 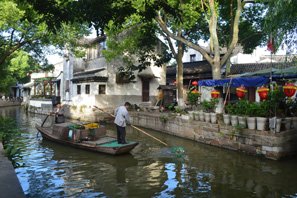 With a history of over 2,500 years, Luzhi Ancient Town is located in Taihu Lake Basin, 25 kilometers (16 miles) southeast of Suzhou. It's built along the river, earning itself the title of "Pearl of the Five Lakes".

It is among the first batch of China's National Historical Famous Cultural Towns. It's a great pleasure to stroll through the town to appreciate its ancient bridges, ferry boats, and ancient ferry crossing.

Initially known locally as Baoshenjiao Temple, Baosheng Temple was built in the fourth year (503) of the Emperor Jingming's reign of the Northern Wei Dynasty (386–557). Nine statues of arhats, sculpted out of clay during the Tang Dynasty (618–907), are enshrined in the temple. They are still intact despite being exposed to the elements for over 1,000 years.

The "Buddhist Statue Exhibition from Various Dynasties" is available in the Heavenly King Hall of the temple, and it exhibits 56 statues of Buddha made from bronze, stone, porcelain, and jade. 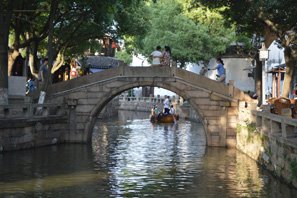 Luzhi Ancient Town also features many bridges over rivers. Over 70 bridges of the Northern Song (960–1127), the Yuan (1271–1368), the Ming, and the Qing dynasties existed, however, only 41 still remain due to being out of repair for so many years.

The quaint bridges are different from one another in their shapes and styles; some are wide with many arches, some are narrow with only one arch, and some are well-decorated. However, most of them are level bridges for the convenience of the locals, and there are five double bridges connected at right angles in the town.

Numerous men of insight have said with a tinge of emotion after visiting Luzhi Ancient Town: "It is just like visiting an ancient bridge museum to visit the bridges in the town, because its density of bridges has surpassed that of Venice in Italy".

As a symbol of Luzhi Ancient Town, the ancient ginkgoes add much luster to the town due to their robust branches and sense of history.

There are seven ginkgoes in the town, the oldest of which is over 1,300 years old and 50 meters (164 feet) high. It still stands today, against the wind and the rain.

Women in Luzhi Ancient Town wear traditional clothes of a local flavor, including split-joint blouses, trousers, and skirts. They wear their hair in a bun, with a matching skirt and embroidered shoes, so they are particularly eye-catching compared with those from Shanghai and Suzhou.

The traditional clothes are very popular among the local women of 40 years old and above, and it's also rather impressive to see them dressed in this way in the markets.

You are highly recommended to spend a night in the town due to the ancient atmosphere which is more profound at dawn and dusk. Both villas and civilian residences are suitable for guests.

Luzhi Ancient Town is very close to Suzhou, therefore, travelers can also return to Suzhou to spend the night due to the convenient transportation.

By Bus or Train

1. Bus 806 leaves for Luzhi Ancient Town from Shanghai Zhongshan Bus Station every half an hour, and it takes about two and a half hours to complete the journey.

China Highlights specializes in tailor-making tours of China. If you are interested in visiting Suzhou, see our most popular Suzhou tours. Or contact us and let us design your own unique China tour including Luzhi Ancient Town, based on your requirements.