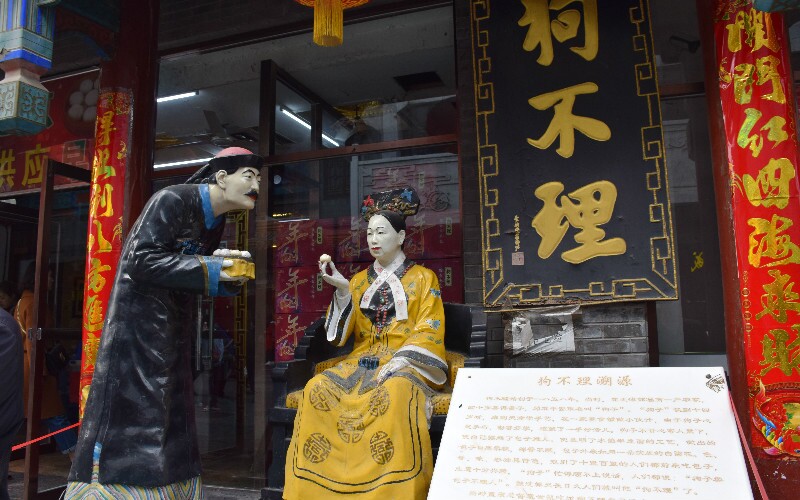 Tianjin has a very famous food culture, and many people travel to Tianjin are expecting to taste the delicacies in Tianjin. The dining in Tianjin mainly includes river products and sea food. There are not only Tianjin cuisines appealing to refined taste, but also many unique snacks of particular flavor. It is a must for every newcomer to have a taste of different snacks and local dishes when visiting Tianjin.

Tianjin cuisine has developed itself from the folk cook, by taking advantage of its geographic location. Tianjin is the sea retreat land, rich in fish, shrimps and crabs. Generally big bowls and plates are used to serve dishes. They are generally characterized by a bit salty but strong flavors.
There are several restaurants known for Tianjin cuisines, like Tianjin Fanzhuang, Tianyi Square and Bohai Sea restaurants, etc.

A great variety of delicious snacks in Tianjin are well-known and popular throughout China by their unique styles. Most Tianjin snacks use flour as their most important ingredient. Among the great variety of snacks, the most renowned are the so-called Three Unique Delicacies of Tianjin, which include Goubuli bao zi (Goubuli sttuffed buns), Shibajie ma hua (18th Street fried dough twists) and Er duo yan zha gao (ear-hole-like fried rice cakes). Besides, pancakes, tea soup, spiced beef jerky and fired chestnut with sugar are also special for every traveler. When strolling in the streets of Tianjin, you will certainly find your favorite one.

Goubuli stuffed buns with a history of over 150 years have now become the brand of Tianjin snacks. Made with half fermented flour and juicy filling, Goubuli stuffed buns are soft, fragrant and delicious, in the shape of chrysanthemums. In addition to Tianjin, the brand has opened branches in Beijing, Shanghai, Shenzhen and other cities at home, as well as cities in the United States, Japan and Korea.

Fried dough twists are made very aromatic, sweet, crunchy and crisp. Each of the dough twists weighs about two or three pounds. They are appetizing in color and fancy in shape. What is more, they will not become soft within a long period of time.

The Ear-Hole Fried Cake is another one of the famous traditional Tianjin snacks. It has a history of 100 years or so. The cake is made of carefully leavened and kneaded glutinous rice dough. The filling is bean paste made with good-qualified red beans. The pastry of the finished cake is golden in color, crisp and crunchy, while the filling is tender and sweet with a lingering flavor. In 1997 it was named as the China famous snack by China Cuisine Association.

Where to Buy and Taste Tianjin Snacks

When dining in Tianjin, you will find the most time-saving way is go straightly to Nanshi Food Street, which not only serves Tianjin snacks of different kinds, but also belongs to the "Tianjin Ten Scenes". Along the street run nearly 100 famous restaurants, setting a variety of flavors in one place, including authentic Tianjin cuisine and snacks, major national cuisines, prestigious imperial cuisine, dishes in daily living style, Muslim cuisine and vegetarian diet, as well as all kinds of western food.

In addition to Nanshi Food Street, other famous food streets like Heping District Food Street and October Food Street have been enjoying the same popularity.