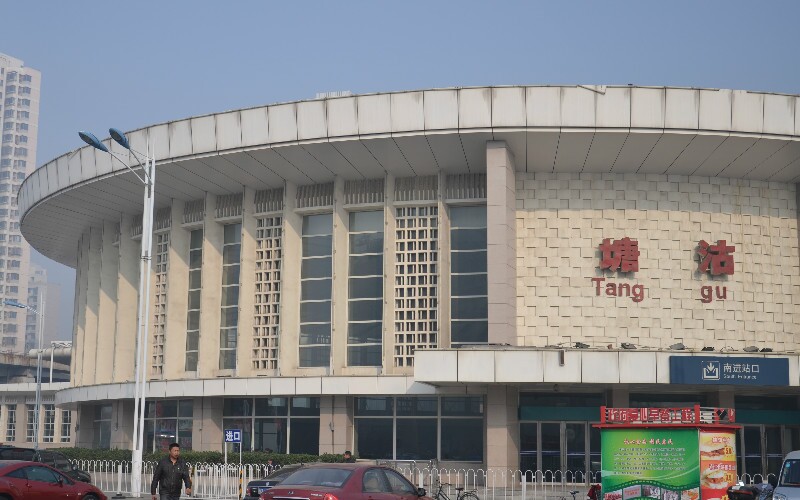 Tanggu Railway Station is a railway station located in Binhai ('Seaside') New District, Tianjin, near the overpass bridge of the North Station Road. 50 km east of the city center, it is the second most important railway station in Tianjin Municipality after Tianjin Railway Station, and transport is convenient to Tianjin City, Tianjin Port, and Beijing.

To Tianjin Railway Station by Taxi

To Beijing by Bullet Train

To Beijing by Taxi

You can also take a taxi from Tanggu to Beijing. It takes 2½ hours (depending on traffic), if the driver takes the expressway, otherwise it might take as long as 5 hours! The taxi fee should be around 600 yuan (97 USD).

If you want to take a taxi, make sure that the driver takes the expressway, and be careful to take a genuine registered taxi. A card with the Chinese name of your destination is suggested.

From Tanggu to Beijing:

From Beijing to Tanggu: