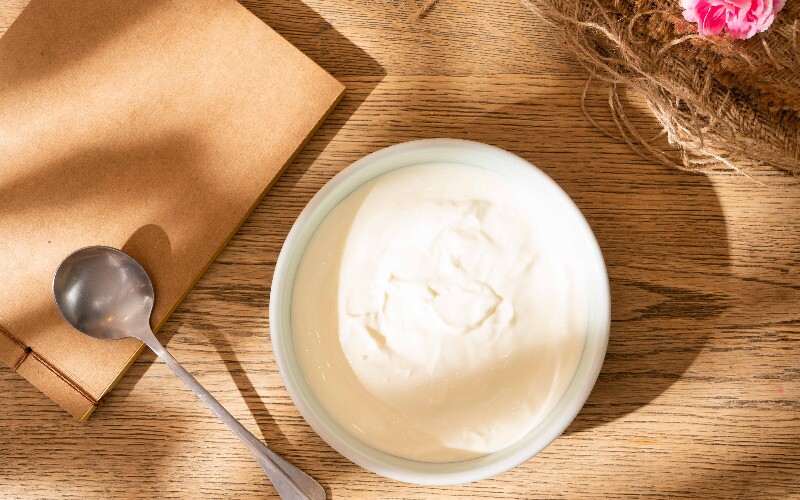 The vast majority of Tibetan people live on the Qinghai-Tibet Plateau, which is more than 3,000 meters high. Due to Tibet's harsh cold and high altitude, Tibetan people have their own foods and eating habits.

Tibetans’ food is mainly composed of meat (beef, mutton, or yak), and very few vegetables are available. Beef, mutton, and yak meat are high-calorie foods, which help Tibetans living at high altitudes to resist the cold.

Their unique drinks are also integral to the Tibetan diet, including yak butter tea, sweet tea, and barley tea. On your trip to Tibet, have a taste of Tibet’s top 10 foods and drinks:

Tibetan people usually don’t drink yak milk directly, but they like to make it into butter by separating the fat from the milk. Then it keeps for longer.

This high-calorie food ingredient can help them fight against the harsh cold, especially on the upland pastures. Tibetans also put yak butter on their skin to prevent sunburn!

Butter tea can be found everywhere in Tibet. This popular drink is made with yak butter mixed with strong tea. First, a piece of butter is put in a steel bucket and melted by heating the bucket, and then boiling tea is added. The tea leaves are mashed with a wooden stick to make them melt into butter.

Serving yak butter tea for guests is an old tradition of every Tibetan household. It can help reduce altitude sickness symptoms.

Tsampa is an important staple food for Tibetan people. It is easy to make and carry around. Tsampa is made with highland barley, dried, fried, and ground into flour.

When Tibetan people eat tsampa, they usually put tsampa flour in a bowl and add some butter tea, then mix and knead the mixture with their hands until a ball called a pa is formed. They then eat the pa.

Momo is the most representative food in Tibet and even the whole Himalayas region. It is a kind of steamed bun filled with meat and vegetables.

The most common fillings are yak meat, vegetables, potatoes, and butter. It has spread to Nepal, Bhutan, and India, so you will find momo if you travel to these countries too.

Local sausages are called gyurma in Tibetan, blood sausages made with yak or sheep’s blood. In Tibetan cuisine, rice or roasted barley flour can be added as a sausage filler.

Tibetan noodles are a very typical local breakfast and a traditional snack. The noodles are made of highland barley and cooled with yak meat soup.

A scrumptious breakfast consists of Tibetan noodles with spoonfuls of pepper sauce, meat pancakes on the side, and a cup of sweet tea.

It is also called zhe-se in Tibetan. Cheser mog rice is cooked with melted yak butter, brown sugar, raisins, and salt. It is a traditional Tibetan banquet food, mostly used in festivals.

Beef and mutton are the main meat materials in Tibetan cuisine. They are high-calorie which helps people resist high-altitude cold conditions. The beef in Tibetan food is mainly plateau yak meat, while mutton is mostly highland sheep meat.

Every winter, when the temperature is below zero, Tibetan people dry their meat to preserve it and make it more delicious. They hang strips in the shade and let them freeze and dry in the wind.

Yogurt has been an essential ingredient in Tibetan people’s everyday life for over one thousand years. The Shoton Festival, one of the most important traditional festivals in Tibet, was named after Yogurt, indicating that this festival is the time for eating yogurt.

Tibetan yogurt is made from yak milk, and is natural and thick, without additives. >> Check more of the Tibetan Festival

Called chang in Tibetan, Tibetans’ low alcohol wine made from barley has only 20% alcohol and tastes sweet and sour. Tibetan people, male and female, like to drink it. It is a must-drink at Tibetan banquets or festival ceremonies.

For a (ceremonial) Tibetan meal, people take their seats according to their identities and statuses. Seniors always sit in the top seats, and guests sit on secondary seats, followed by young people on third-level seats.

Before eating, Tibetan people offer cups of tea to each other to show courtesy.

When proposing a toast during the meal, you should first dip your right-hand finger in the wine. Then use your fingers to flick the wine in the air three times to express your respect to Buddha, Heaven, and Earth.

When you visit a Tibetan family, it's customary that you must have three cups of tea to show your respect to the host. For the first cup of tea, you should take a sip and then fill the cup up, instead of drinking a whole cup dry. When you have had the customary three cups, you can drink whatever you like.

More Things Not to Do in Tibet>>>

What Foods are Forbidden in Tibetan Buddhism?

In Tibetan Buddhism, people can eat meat, such as the meat of yaks, sheep, or cattle.

However, on some Buddhist dates, many people do not eat meat. According to Tibetan Buddhism, the 8th, 15th, and 30th of every month in the Tibetan calendar are auspicious days (lucky days) when Tibetan Buddhists only eat vegetarian foods for their meals.

In terms of dietary taboos, most Tibetans do not eat a whole variety of meats:

Where to Eat in Tibet

When traveling in Tibet, you will probably have the option of having meals in local restaurants or tea houses.

In the cities of Lhasa and Shigatse, there are a lot of options for great restaurants with various cuisines, such as traditional Tibetan cuisine, Nepali and Indian dishes, as well as Western foods.

Tea houses serve local foods, where you can find butter tea, sweet tea, and local snacks. Usually, there are not as many options as in the large restaurants, but the food is served fast and prices are inexpensive.

In remote areas of Tibet, such as the Mount Everest region, you may not have much choice. Travelers usually have their breakfast and dinner in their hotels and lunch in Tibetan-run local restaurants on their route to a scenic spot, where only instant noodles, fried rice, soup, sweet tea, hot water, etc. are available.

Tibet has its own unique food and culture and also magical scenery. As the saying goes, seeing is better than hearing about it… Taste and see Tibet with us.

China Highlights has China travel experts who can help you visit Tibet in person your way. See our popular customizable Tibet tours for inspiration.

You can also contact us to have a Tibet tour created from your requirements.