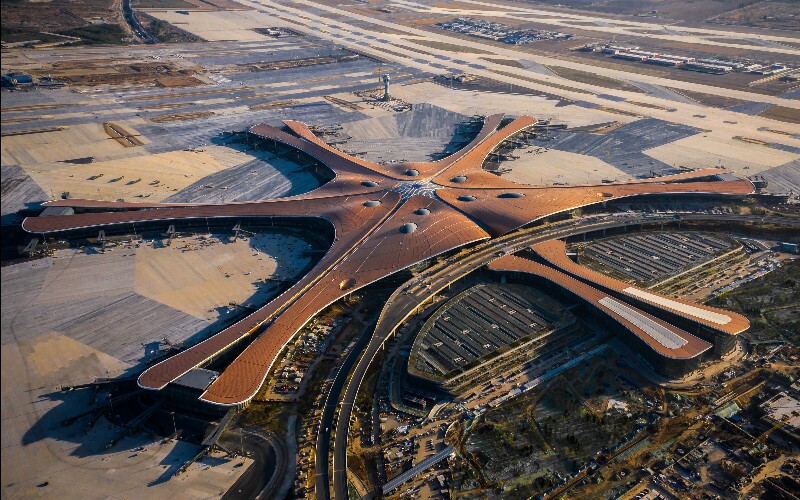 10 Facts to Clarify Air Travel in China for You

Planning to take a domestic flight during your time in China? Check out these ten important-to-know facts before you fly, from luggage allowance to ticket prices and frequent flier programs.

1. China is so big, air travel is a must if you're on a time limit.

While train travel in China is a great way to explore the country, flying domestically is really the only way to see different sides of the country if you're on a time limit.

Trains from the east to the west, for example, can take three to four days! For medium-distance travel, bullet trains are a popular option, which can be faster and more economical than flights if airport to city transport is counted.

If you have decided to fly between cities, don't underestimate flying times. Flying from the capital of Beijing to Hong Kong in itself is already 3½ hours of flying, while Harbin (famous for the ice and snow festival) to Chengdu (best known for its panda bears) is 4½ hours and Shanghai to Urumqi is 5½ hours.

2. Generally, you are permitted 20kgs of free checked luggage on a domestic flight in economy.

Make sure your suitcase isn't overweight

3. You need your passport and visa to travel domestically in China.

Traveling within Chinese mainland requires your government-issued ID and visa at all hotels and airports. This ID may take the form of a passport (for foreigners), a Chinese ID card (for locals), home-visiting certificates (for those from Hong Kong and Macao), or Taiwan Compatriot Travel Certificates.

If you are traveling to Tibet, you will need another special permit.

While the rule on liquids in the cabin is the same in China as it is internationally (nothing above 100ml), the one thing where China is different is that you can't bring any lighters past security. Drop them in a box usually available before the security check point.

You'll also have to take our your portable chargers, cameras, umbrellas, laptops, iPads, and liquids out of your bag while you go through security.

This might seem obvious, but in order to gage this you might want to take a look at what China's domestic travel peak seasons are. The two most obvious times when tickets are incredibly expensive throughout China are Chinese New Year (in January or February, also known as Spring Festival) and Golden Week (in October) when the entire of China is on holiday and traveling home to see friends or going somewhere new for fun.

6. Booking early can save you money.

Booking early will save you money, the further ahead you plan, the more money you can save. Although sometimes, in off-peak season, last minute purchases can also be cheap if the airlines offer discounts because they've had a low sales volume as a result of cancellations.

Since some of the direct lines are operated by a single airline, they generally do not offer discount tickets. On the other hand, if you're booking a connecting flight, you can often find that the tickets are a lot cheaper and still convenient (the price difference can often be 300–800 yuan per ticket).

If you are a member of these programs, it is possible to collect air miles for your domestic Chinese flights. Just make sure you let our travel advisor know your frequent flyer information so they can add it to your flight. Air China and Shanghai Airlines belong to Star Alliance, China Southern Airlines belongs to Sky Team, and Dragonair belongs to the Marco Polo Club.

9. The food on domestic flights is often below average.

Well, airplane food is never great, but on domestic flights you definitely don't want to hold your breath for some gourmet Chinese cuisine. Most airports (even the smaller ones) however, will have basic restaurants such as a noodle joint, a basic pre-made sandwich, or sometimes a KFC.

10. Delays are not uncommon, so be prepared.

Unfortunately, throughout China, delays are not uncommon. Being positive goes a long way in scenarios like this, and keeping your mind open to these situations. If you are booking a flight to connect onto your international flight home, make sure you've got plenty of time in between your domestic flight landing and your international flight taking off, as this can save you a lot of stress on the day of travel.

We can book your flights for you.

China Highlights, a local plane ticket agent since 1998 offers an online booking service for cheap China internal flights. We have wide flight options from top and budget domestic airline carriers, and can offer big discounts on your air routes.

Our China tours include all travel arrangements, tailored to your requirements.