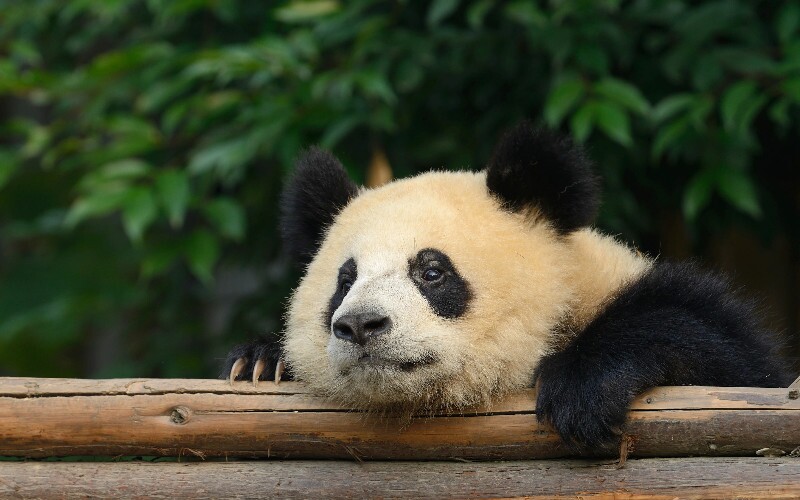 China is a vast country with lots of historical sites and natural scenery. Nowaday many tourist places are threatened by natural and manmade factors, especially historical sites, including the Great Wall, the Forbidden City, the Mogao Grottoes, the Longmen Grottoes, the Giant Buddha, and Crescent Spring.

China Highlights has listed some of the most endangered attractions in China. Would you visit them, even if they are not top of your must-see list, if you knew they may disappear soon? If yes, you can check out related customizable tours, or contact us to have us tailor-make a tour for you. 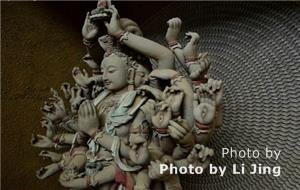 Guanyin in the Mogao Grottos

It is said that the Mogao Grottoes will disappear in 50 years, due to the damage brought by tourists. Since 2000 there have been more than 300,000 tourists visiting the Mogao Grottoes every year, which brings more heat, humidity, and carbon dioxide into the grottoes, together with some tourists’ touching the mural paintings, and so the mural paintings inside the grottoes are exfoliating faster. The government has limited the number of tourists every day to reduce the damage as much as possible.

The Mogao Grottoes near Dunhuang City are famous for their exquisite mural paintings and Buddha statues.There are 735 grottoes (about 40 grottoes are open to tourists), 450,000 square meters of mural paintings, 2,415 colored Buddha statues made of clay, and more than 50,000 historical relics. All of these make the Mogao Grottoes the largest and the most significant “holy land” of Buddhist art. 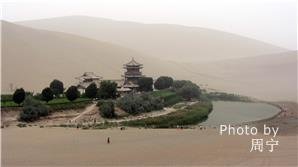 Crescent Spring is an oasis in a desert, also near Dunhuang, with a history of more than ten thousands of years. The moving sand dunes smother the peripheral trees and erode the oasis continuously. The exhaustion of its water source makes the disappearance of the spring faster.

Spring is the sand storm season, so China Highlights does not recommend visiting Crescent Spring in spring. Crescent Spring is a must-visit attraction in a Silk Road tour. The Silk Road is an ancient road linking Xi’an and Rome, opened for the silk trade in the Han Dynasty. The Mogao Grottoes should also be included in this desert adventure tour. 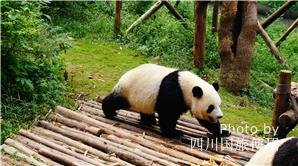 The giant panda is an endangered animal. This cuddly and lovable animal lives nowhere else in the world outside captivity. Deforestation and hunting (especially before the 1950s) reduced the number of giant pandas rapidly. At present, there are only a little more than 1,000 giant pandas in the world.

China’s giant panda has become one of must-see attractions of China, alongside the Great Wall, the Terracotta Army, the Li River. Zoos in various places around China: Beijing Zoo, Shanghai Zoo, and Seven Star Park Zoo, Guilin have giant pandas. However, the best place to see giant pandas is at the Panda Breeding Center in Chengdu. Check out our customizable Chengdu Highlights Tour. 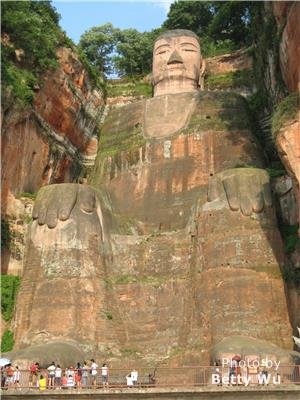 This magnificent sculpture has fallen victim to pollution emanating from unbridled development in the area. The Giant Buddha was carefully designed to survive floods and earthquakes, but the structural integrity of this masterpiece is now at high risk of rapid deterioration from acid rain and air pollution, which is brought by the industrial development, even though the local government has shut down several factories and power plants in close proximity to the Giant Buddha.

When you are visiting the massive sculpture, you can see that the Buddha’s nose has turned black and the curls of his hair have begun to fall from his head. However, the protection measures taken by the local government has slowed down the deterioration.

This largest Buddhist statue in the world is 71 meters high and 28 meters wide, carved out o f a face of a sandstone cliff facing Mount Emei. It is only about a 1½hour drive from Chengdu City, so most Chengdu tours include visit to of Giant Buddha and the giant pandas. 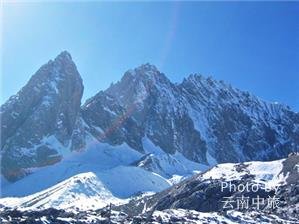 The Jade Dragon Snow Mountain is the southernmost snow-capped mountain in the Northern Hemisphere. But now the snow and the glaciers of the mountain are continuously melting due to global warming, and the melting speed is speeding up, which turns the white peak of the snow mountain into the gray of a stone mountain.

Jade Dragon Snow Mountain is the holy mountain of the locals, especially the Naxi people. You can take our customizable Essence of Ancient Lijiang Tour to hike on the snow-capped mountain. 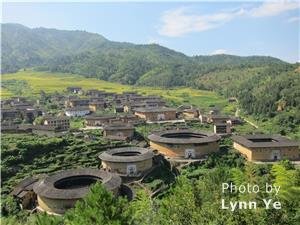 Hakka earthen buildings are mainly found in Fujian Province, especially in Yongding County. These unique fortress-style buildings are round or square, scattered in the mountainous areas. Because of their shape like an emerging mushroom, or of a flying saucer, these buildings were even believed by Western countries to be China’s nuclear reactors in the Cold War (1947–1991).

The unique style of building is endangered by the change in the locals’ demand for housing. In the past, the Hakka earthen building was originally designed as a large fortress (to protect against the attacks of wild beasts and bandits) and apartment building in one. The locals do not build earthen buildinga any more, and they would like to build modern brick buildings when the old earthen buildings are going to collapse.

However, you still can appreciate the intact earthen buildings in Fujian Province at present. You can contact us and have us tailor-make a tour including visit to the Hakka earthen buildings. 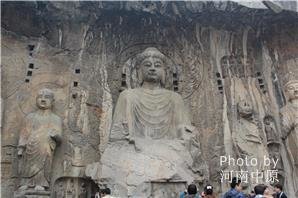 Buddha of the Longmen Grottoes

Though the government has shut down the lime kilns and factories around the Longmen Grottoes, and has forbidden automotive vehicles from passing by the grottoes, the destruction of this magnificent masterpiece is still slowly continuing. You can our One-day Luoyang Longmen Grottoes and White Horse Temple Private Tour to see this China world heritage site.