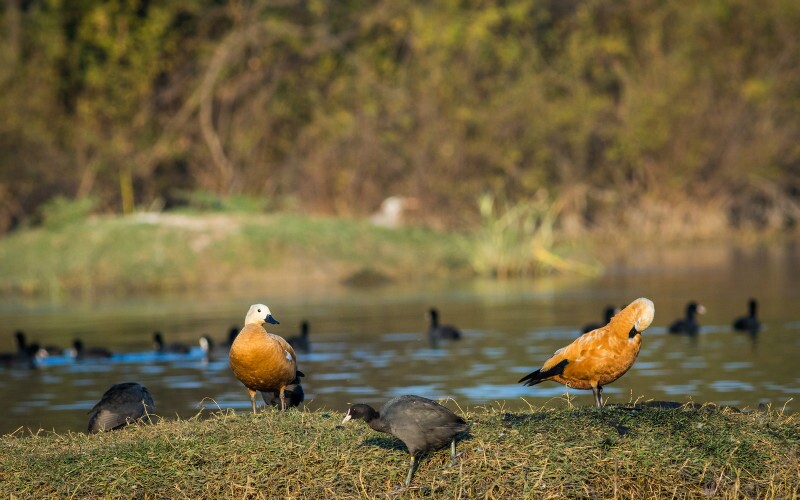 The island, at 1,083 km², is the largest sand island on the river mouths of China. There, the Changjiang (Yangtze) joins the Pacific.

The bird sanctuary includes 85 km² of land on the east side of Chongming Island, where there is the largest accumulation of silt. The increasing siltation has reached a height of 4 m above sea level. Currently, the island extends out about 140 m into the sea every year.

The average annual temperature is 15 °C in Dongtan. The hottest days are in July and August, when the average temperature rises to 28 °C, and the coldest days, averaging 3 °C, are in January.

There are three beaches in Dongtan Bird Sanctuary: Tuanjiesha, Dongwangsha, and a new beach that is now designated for preservation.

Besides the birds, there are also other biological riches: sea life, saltwater fish, plants, etc.

With large shallow areas and mudflats, the Dongtan wetlands with their rich flora and fauna are particularly a home for migratory birds in winter. 312 species have been logged on the island; 47 of them are important protected species.

About 100 bird species spend the wintering there, four species of which are under the highest degree of protection: the spoon-billed sandpiper (Eurynorhynchus pugmeus or Calidris pygmaea), Oriental stork (Ciconia boyciana), hooded crane (Grus monacha), and Chinese merganser (Mergus squamatus).

The best observation time is between March and November.