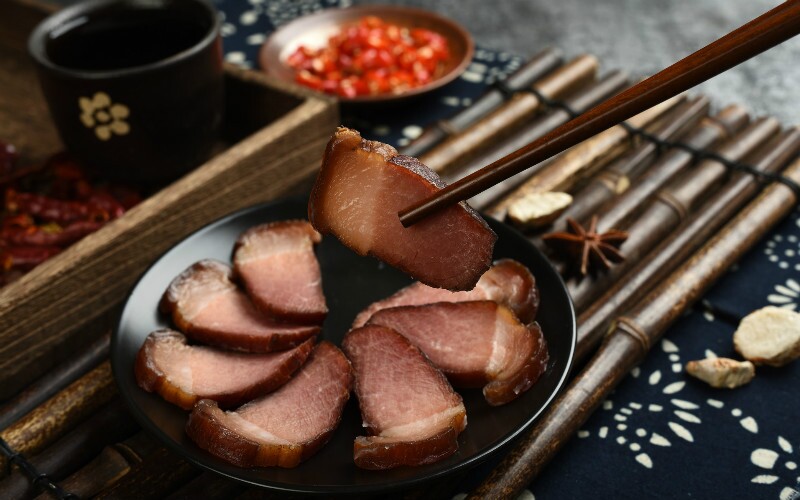 China's south (mainly Yunnan, Guizhou, and Hunan provinces, and Guangxi Zhuang Autonomous Region) has the greatest concentration of ethnic minorities anywhere in China. These ethnic people have their special cuisine, which is famous for its sour and spicy flavors.

The minorities of the South are generally poor to subsistence-level farmers, living on or among the mountains, so their daily food is mostly grown locally, often on their own garden plots. Meat is usually reared at home, bought locally, or caught. Southern ethnic food is typically simple and full of natural ingredients, with little wastage. Heads, feet, and innards are all eaten.

The most significant ingredients of Southern minority cuisine are rural preserved foods. They preserve almost everything to prevent wastage, and have been doing so since ancient times.

Pickling in brine or vinegar, sun-drying, and curing were traditionally the only ways to preserve foods in the damp southern weather. The "mountain peoples" pickle vegetables, tofu, and chilies; smoke meat, poultry, fish, and tofu; and sun-dry fruits, fish, vegetables, and chilies.

Why It's So Sour and Spicy

Chillies are dried to preserve them.

The pickling of so many things accounts for the sour taste, and Southern minorities believe eating spicy food helps to "drive the damp out", helping them feel more comfortable in their humid (sub-) tropical areas.

Chili also adds flavor (or masks the flavor of) foods that would otherwise not be very appetizing, like snails and frogs. The most common seasonings are pickled chili and ginger. They add pickled chili to almost every dish, even soup.

Hotpots and fast-frying are the typical cooking methods. They are simple, adaptable, and lead to least wastage of precious resources like oil, drinkable water, and firewood.

The Zhuang are the largest "minority" in China. Their foods include oil tea, sticky rice cakes, and pork-stuffed snail shells. Multicolored sticky rice is eaten on Tomb Sweeping Day and the Zhuang Song Festival.

The Yao are a mixed and widespread minority in Guangxi. They are most famous for their oil tea, a broth of fried tea leaves, and their foods include sweet potato noodles, mugwort rice cakes (艾叶耙 aiyeba /eye-yeah-baa/), stuffed bitter cucumber, and stuffed green peppers.

Sour soup fish is the most popular dish of the Miao ethnic people living in Guizhou.

In Miao culture a chicken or duck is usually killed to entertain a guest, and sticky rice cakes are exchanged as tokens of love.

Yi meals are based on buckwheat, corn and potatoes, and meats are often cooked in large joints.

The Bai make a lot of pickles and pork dishes.

Dai cuisine has a lot of Thai influence.

Sour and spicy food, wild vegetables, and blood cakes are eaten by the Hani of Southwest Yunnan.

Mushrooms stuffed with pork are a Naxi specialty, and butter tea is popular in the mornings.

The Shui have a more limited cuisine, including glutinous rice, pork and beef bone hotpots, and steamed fish, with chilies, tomatoes, and pickles.

Minority cuisine is only one of the mind-broadening attractions of a tour of China's southern mountains. Experience amazing architecture, colorful costumes, and wonderful dances and songs.