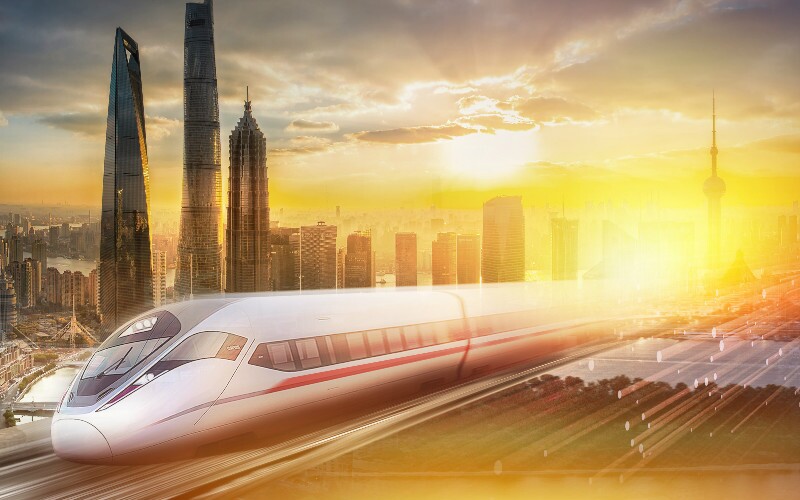 In the 40 years that have passed since China's reform and opening-up, the country has experienced rapid development and madestunning achievements in its economy and social construction.

Below are four recommendations for world firsts in China, providing you with new inspiration for your China tour.

The Chinese hotpot chain Haidilao, which is known for its friendly and meticulous service, has opened its first AI-operated restaurant in Beijing. It is the first robot hotpot restaurant in the world.

All of the dishes ordered by customers are picked up by robotic arms from the storage room and then delivered to the tables by robot waiters.

As customers enter the restaurant, the walls and the ceiling form a giant screen. Patrons can scan a QR code to play lottery games with each other for the chance to win free dishes or discount coupons while waiting their turn for a table.

Customers order their meals through an iPad that's provided at each table and then the automated kitchen receives and prepares the order. When the dishes are ready, robot waiters deliver the food to the specific tables.

During the meal, customers can also watch live streaming of the robotic arms and the cutting-edge automated kitchen through a large display.

This new system has helped Haidilao to save labor costsand improve on food safety.It has also become the new trend in Beijing.

Shanghai Starbucks Reserve Roastery is the largest Starbucks in the world. With a total size of 30,000 squarefeetover twostories, it features in-house roasting, three coffee bars, and a special Teavana tea bar.

Visitors have an amusement park-like experience after walking in this coffee wonderland. In addition to selling food, coffee, and gifts, visitors can see how the in-house coffee beans roasting system works.

Once the coffee beans from different origins are roasted, they are delivered through pipes and then packed. Afterward, these coffee beans are sold or made into handcrafted coffee products in the store.

Located in a subdistrict of Futian in Shenzhen, Huaqiangbei (literally meaning "Huaqiang North") is the largest electronics market in the world. It specializes in electronics components, communication products, electrical appliances, computers, and similar products.

With thousands of stalls there, Huaqiangbei accommodates thousandsof retailers and wholesalers of electronics,which is more than any other marketplace in the world.

Huaqiangbei is also called a "geek's heaven". There, you can find anything and everything to cater to your electronics needs. In this amazing place, you can also find a variety of phones, gadgets, cameras, laptops, batteries, and raw components for Apple, Sony, Canon, Dell, Asus, and many more famous brands.

The maximum speed of the Beijing–Shanghai high-speed trains is up to 480 kph (298 mph). This means that, at this maximum speed, the travel time from New York to Washington could be shortened from the current duration of 3 hours 50 minutes to 54 minutes.

Different from most other countries, China’s high-speed rail construction is financed entirely by government funding and Chinese high-speed train tickets are the cheapest in the world.

Experience New China with Us

Enjoy the opportunity to discover China’s development and find out why China is getting stronger.

Read our ideas and recommendations in our New China Tour to find out what is really happening in "New China".