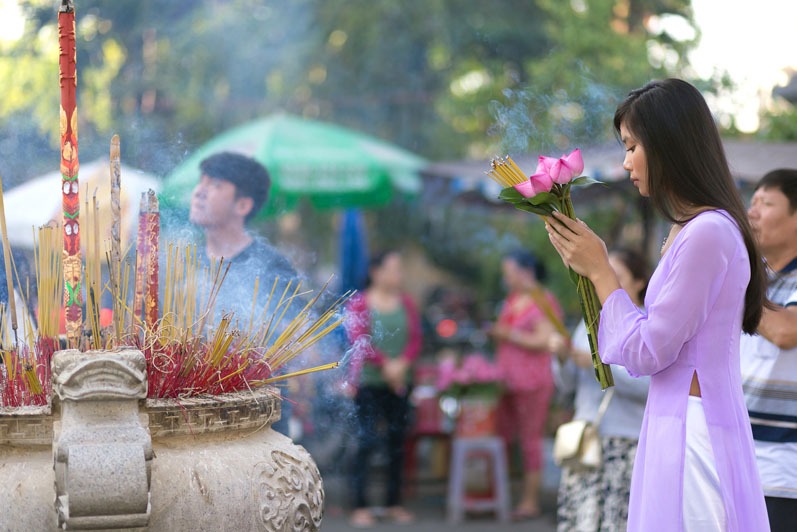 The Things You Should Know about Vietnamese New Year

When the Vietnamese New Year Is Celebrated

Just as in China, the Vietnamese New Year is considered to be an occasion for sending out the old year and welcoming in the new year, and it normally lasts for one week (from the 30th day of the 12th month of the Chinese lunar calendar to the 6th of the 1st month).

What the Vietnamese New Year Is

The Vietnamese New Year is also a holiday for family members to reunite, and during this time people from all across the country rush home for family reunions, regardless of the big traffic jams. For those who cannot go home due to various reasons, they often send messages with their best wishes to their friends and relatives.

How the Vietnamese New Year Is Traditionally Celebrated

The Vietnamese New Year is also an excellent opportunity for foreigners to fully appreciate the essence of Vietnamese culture. It is a time when flowers, glutinous rice, New Year couplets, and firecrackers are indispensable.

It is a tradition to put up couplets.

The Flower Fair is an important event for the Vietnamese during the Festival, where sword lilies, golden orange bonsai, chrysanthemums, and peach blossoms are exhibited along the roads.

Three ornaments are indispensable for each Vietnamese household during the Festival: a bunch of fresh flowers, a potted golden orange tree, and a plate of five kinds of fruits, which symbolize a lucky and flourishing new year.

A variety of items are also on sale in the flower markets, such as balloons, colorful lights, toys, New Year pictures and couplets, and single-page calendars.

Putting up Couplets and Pictures

It is also a tradition for the Vietnamese to put up New Year couplets and pictures during the Spring Festival. Traditional Chinese characters were employed in the couplets; however, most couplets have now been written phonetically since the alphabetization of Vietnamese.

Due to the substantial influence of the Chinese culture, most Vietnamese families also like putting up the inverted Chinese character "福" (literally meaning happiness) on the door.

Most New Year pictures are themed "Boy and Girl Attendants of Fairies" and "Mice Sending a Party Escorting the Bride", expressing the best wishes for the coming year.

Steamed glutinous rice is considered to be the most representative food for the Vietnamese during the Spring Festival, most of which is mixed with pork and green beans then wrapped in bamboo leaves.

According to Vietnamese culture, the glutinous rice wrapped in bamboo leaves symbolizes the earth being full of vigor, while the pork and green beans symbolize birds, beasts, the grass, and trees on the earth.

Firecrackers are also let off by the Vietnamese during the Spring Festival, which lasts for days from bustling cities to remote villages.

It is a tradition to visit relatives during the Spring Festival.

In addition to appreciating the flower fairs, the Vietnamese also all go out to visit relatives and friends during the Spring Festival.

Shows and Other New Year Activities

Various kinds of literary and art activities are also held.