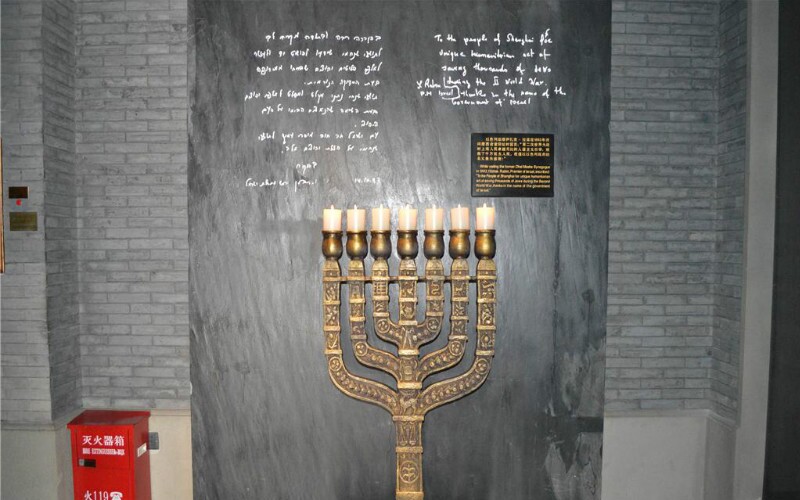 Jews and Judaism in China has a very long history. The earliest Jewish migration into China can be traced back to the Tang Dynasty (around the 8th century), when Jews came along the ancient Silk Road from Persia. After they came to China, Jews scattered in many trade cities at that time, including Xi'an, Luoyang, Dunhuang, Kaifeng, Guangzhou, Hangzhou, Ningbo, Beijing, Quanzhou, Yangzhou and Nanjing, where Jewish historical records or relics have been unearthed over the years. However it was until the Song Dynasty (960-1279) that they started to develop and form Jewish communities. Jewish immigrants arrived in China from around the world under the western commercial influences in the 19th century and early 20th century. In the first half of the 20th century, hundreds of thousands of Jewish refugees arrived in China, especially in Shanghai, escaping from the holocaust in Europe and Russian Revolution. At that time China was the one of the very few places in the world to accept Jewish refugees. During the 1940s and the 1960s, most Jewish people left China, returned to their hometown, or migrated to other parts of the world.

The religious practices and culture of native Chinese Jews are functionally extinct nowadays. However in recent years, with the expansion of globalization and cultural exchanges, some Chinese Jews and international Jewish groups are beginning to rediscover and revive their heritage. Some Jewish people consider China as their second home town. Every year many Jewish people come to China to visit the historical traces of their ancestors or to recollect their old days. China Highlights has listed for you some Jewish centers in China. View China Jewish Heritage Tour or Contact us for a customized Jewish heritage tour to go through the Jewish history in China.

The Jewish settlement in Shanghai took almost 100 years from the 1850s to the 1950s. There were about three major waves of Jewish immigrants to Shanghai. The first major wave arrived Shanghai in the 1850s under the western commercial influences to engage in foreign trade following the Opium War (1840-1842). The second wave came from Russia to escape the war during the 1917 Russian Revolution. The third wave poured in during the Second World War, and hundreds of thousands of Jewish refugees from Germany, Poland, Austria and some other countries in Europe were accepted in China.

The Jewish communities in Shanghai are mainly in Hongkou District, where Shanghai Jewish Refugees Museum (the former Ohel Moshe Synagogue) is located. The Jewish communities in Shanghai were quite comprehensive. They have their own schools, hospitals, cemetery, markets, churches, commerce guilds, political groups and publications. Today many of the buildings and materials are well preserved and opened to the public.

Harbin was the largest Jewish center in the Far East, and the largest population once reached 250,000. Many Jewish people came to Harbin after the construction of the eastern part of Trans-Siberia Railway in the 19th century. Following the Russian Revolution in 1917 and during the Second World War, many more arrived. They developed their communities and culture in Harbin, with the establishment of churches, banks, factories, charities, shops, companies, libraries and so on.

The traces of Jewish presence are easily found in Harbin. The architecture built in the 19th century ad early 20th century showed the Jewish and European characters. Tongjiang Street, with a well-kept Jewish Synagogue, is said to be the Jewish Street in Harbin. At St. Sophia Orthodox Church there are many pictures on display showing the life of Jewish people in the past. Royal Hill Cemetery located in the outskirts of Harbin is the largest Jewish Cemetery in the Far East. More than 600 gravestones with names and pictures are well preserved.

In the ancient dynastic capital of Kaifeng there is a vast Jewish community that had taken root for more than 800 years. They came to Kaifeng at the beginning of the Song dynasty (960-1127), when Kaifeng was the capital of the Chinese empire and the richest, largest and most developed city in the world at that time. Their history is unique in the Jewish history, because they were away from any Jewish centers, had no contact to other Jewish communities around the world, and thus developed remotely and had assimilated with Han Chinese. In addition, the Chinese authorities and the general population viewed them just the same as other citizens and allowed complete freedom.

Visitors to Kaifeng can see the Jewish relics by visiting the large Jewish living quarter and Jewish community where includes a large synagogue, teaching lanes, the Jewish mikvah, and a mini Jewish museum.

Tianjin Jewish Synagogue, located at the intersection of Nanjing Road and Zhengzhou Road, was built in 1940 with typical gothic architecture. Although not many Jewish buildings still stand today, many Jewish residences are easily found, especially in areas of Wudadao and Xiaobailou.