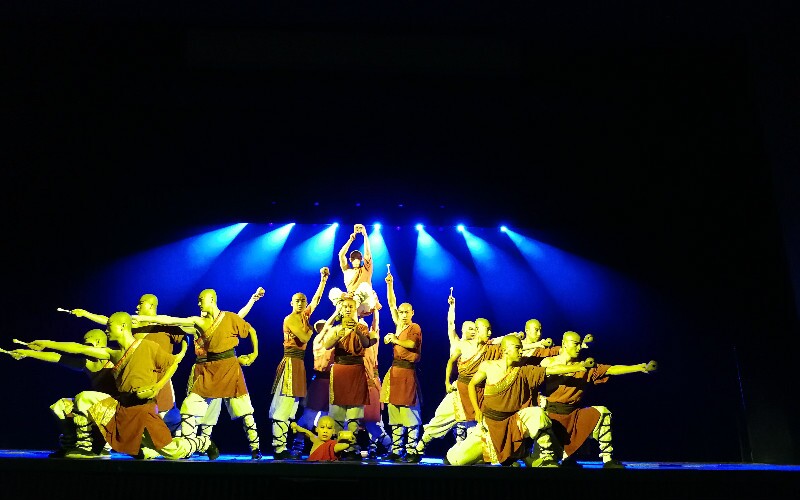 The Top 5 Movies about Kung Fu and Chinese Culture

Kung fu is one of the representative symbols of Chinese culture, which has helped to develop Chinese stereotypes through kung fu movies. Nowadays, it is a popular activity, which is practiced to keep healthy and strong, for entertainment, and for combat training.

Here are our top five recommended movies for you to enjoy watching kung fu performances and to learn about kung fu culture.

He is encouraged by the kung fu master, Oogway, and finally receives kung fu training from Master Shifu.

Kung Fu Panda is set in ancient China, so it is one of the best movies to learn about traditional Chinese culture and kung fu.

Junbao (Jet Li) and Tianbao were friends in a Shaolin monastery. They are kicked out of the monastery for being too rowdy during a kung fu tournament.

Tianbao joins an oppressive army and seeks to get as much wealth and prestige as possible. Meanwhile, Junbao stands alongside the oppressed rebels. Tianbao betrays Junbao and his actions lead to the deaths of nearly all his friends.

Junbao becomesa master of tai chi and develops the martial art into a deadly form of fighting. He finally defeats his old friend Tianbao using this new kind of kung fu.

Tai chi is one of the most popular forms of kung fu in China. Many Chinese people practice tai chi to keep fit.

Through this movie, you can learn about the Taoist philosophy of the forces of yin and yang.

3. The Way of the Dragon,猛龙过江

In Rome, Chen Ching-hua and her uncle Wang own a restaurant, but a mob boss wants to take it over.

Chen asks Tang Lung (Bruce Lee) to help herdefend the restaurant from the mobsters. He teaches the employees how to fight and defeat the mob.

The mob boss hires two martial artists — a Japanese and an American — to challenge Tang, and a brutal fight ensues.

It's unique: the only movie that Bruce Lee wrote, directed, and starred in.

The final scene, the fight between Lee and Norris is a highlight among kung fu movies.

The different fighting styles will help you learn the differences between traditional Chinese kung fu, Western boxing, and Japanese karate.

A traitorous general overthrows the emperor then kills the father of a young boy, Jue Yuan, who escapes to the Shaolin Temple. The monks take him in and gradually begin teaching him kung fu.

Because Jue Yuan's heart is set on revenge, he violates the monks' no-kill philosophy. In a battle with the traitorous general, Jue Yuan defeats and kills him, finally executing revenge for the murder of his father.

The Shaolin Temple is the most famous kung fu school in China. If you want to get some basic knowledge about Shaolin kung fu, including fighting with a variety of weapons, this movie is a good choice.

It's a groundbreaker: the first Hong Kong movie to be filmed in mainland China.

Dre Parker and his mother move from America to Beijing. Dre falls in love with Beijinger Meiying, a Chinese girl.

Meiying, however, has also attracted the attention of another boy, Cheng. Cheng uses kung fu to beat Dre in a fight at school.

It should be "The Kung Fu Kid". It's important to set the record straight that this movie is actually about kung fu, not karate.

It has the winning Karate Kid combination of East meets West, romance, fighting, and the rise of the underdog that was popular in the earlier Karate Kid movies.

Our kung fu movie list should have a Jackie Chan movie, and this one is the best for Chinese culture content. (Drunken Master (1978, 12) is also highly acclaimed as a (Jackie Chan) kung fu movie: great comedy, fights with animal and drunken kung fu styles, and a Chinese backdrop.)

Our tours are customizable, so you can discover more of what you're interested in

If you want to learn more about kung fu, then we can help you to enjoy a kung fu show in Beijing, practice taichi with the locals on Shanghai's Bund, or visit the Shaolin Temple and meet the monks who practice kung fu. Contact us for a tailor-made tour.