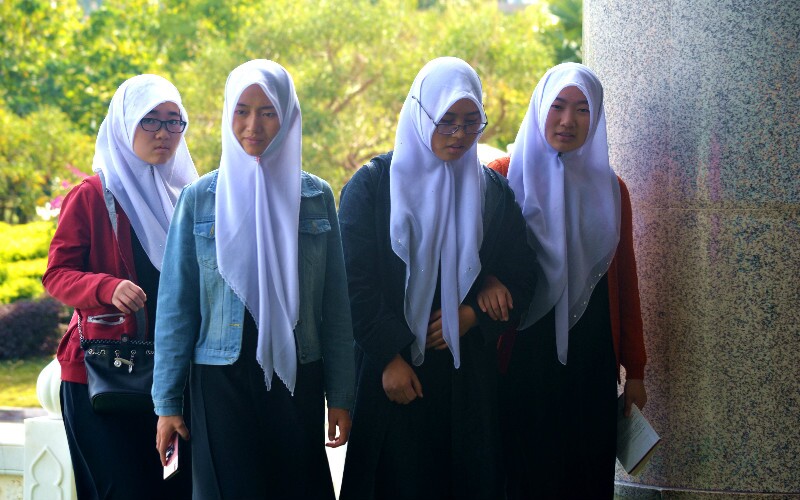 Ashura, one of the most important Islamic anniversaries, means the tenth in Arabic. It is held on the tenth day of the first month of the Islamic calendar. The Sunni Muslim believe that Ashura is an auspicious day, and it is a day for remembering the important activities of Adan, Nuh, Ibrahim, Yunus and six other prophets who were born before the birth of Islam.

Chinese Qadim and other branches of the Islamic religion hold traditional ceremonies and practices such as chanting sutras, abstaining from meat and eating porridge, based on the story that the Prophet Nuh saves humans on that day.

On these two days, most Chinese Muslims hold memorial activities such as chanting sutras, praising the Lord and advocating history and holy examples to memorialize Mohammed. In celebration, they also slaughter cattle and sheep for dinner.

Ramadan, which means prohibited month, is the ninth month of the Islamic calendar. It is the month for fasting and the most holy month of the year. Allah supposedly gave the Quran to Mohammed Saint during that month. According to the rules of the Quran, a qualified Muslim must refrain from eating and engaging in sexual activity from sunrise to sunset. After sunset, they can eat and rest until the sun rises again.

For Muslims, Ramadan is the most noble and auspicious month of the year. They believe the Holy Quran was widely spread during Ramadan. In their view, Ramadan can purify the minds of people and make them noble and kindhearted. Meanwhile, Ramadan also allows the rich to experience hunger. During Ramadan, Muslims go to the mosque to pray and learn the Quran. In addition to reading daily prayers, they read a special prayer called the Taraweeh prayer, or Night prayer, at night.

Adha is also known as the Corban Festival or Id al-Qurban, which means offering up sacrifices. It is one of the major pilgrimage ceremonies. Adha and Fitr are the two most important festivals of the Islamic culture.

Adha is an important festival for all Muslims who follow the Islamic religion. Adha is called Id al-Qurban in Arabic and means offering sacrifices. Therefore, people call this festival the Offering Sacrifices Festival. The Uygur, Kazak and Kirgiz people in the Xinjiang Autonomous Region call it the Corbon Festival. Read more on Adha