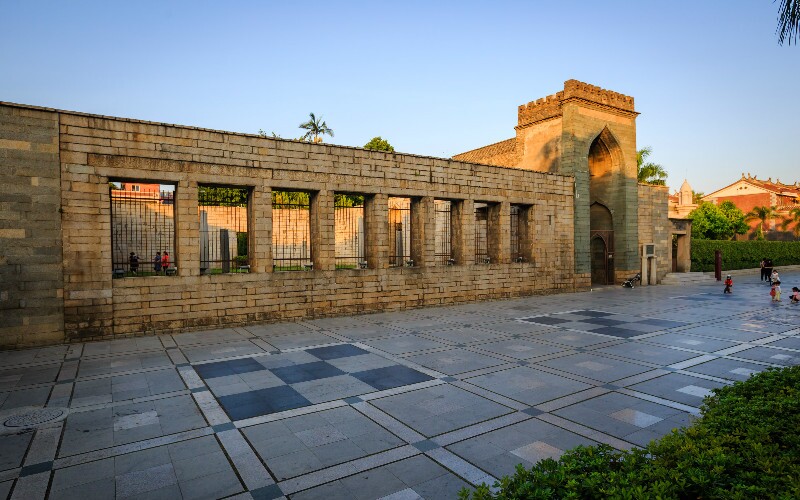 Quanzhou Ashab Mosque is located at Tumen Street in Quanzhou in East China's Fujian Province, and it follows the style of the Damascus Mosque in Syria. The mosque was first built in 1009 of the Northern Song Dynasty (year 400 in the Islamic calendar), and was renovated in 1350 of the Yuan Dynasty and 1609 of the Ming Dynasty. The major parts of the mosque, such as the gate and Fengtian (worshiping heaven) Temple, have been maintained up to today. The gate of the mosque, made of diabase and granite, is 20 metres high and 5 metres in width. The arch gate has three layers. The great worshipping hall, called Fengtian Temple, covers about 600 hundred square metres. The Alcoran is carved in Arabic on its door.
The walls are made of granite and have huge windows to let in more lighting. A lecturing hall sits near the western wall. The Mosque is one of the earliest mosques in China, and is a key state-preserved cultural relic.

Location: in the middle section of Tumen Street, Quanzhou (泉州市涂门街中段 )

China Highlights are your China travel expert. We can help you customize a muslim trip to Quanzhou.