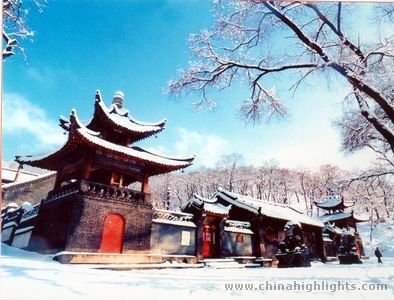 Northeast China, or Dongbei (东北) in Chinese, is considered as the region stretching from Liaoning Province, all the way to China's northernmost tip: Heilongjiang Province. If you want to explore a very different and unique side of China, that is less-traveled-to (and therefore much less crowded!), Northeast China may be the perfect choice.

Keep reading to know all about what makes this place so unique, and to find the best destinations to explore!

What Makes Northeast China a Unique Choice for Travel

Most first-time visitors to China, will likely not get to explore this region, as most popular tourist destinations are generally in more southern areas.

The cold-winters typical to these provinces may pose as a deterrent preventing travelers from visiting the region. The lack of tourism (as compared to southern China) does not do the place justice, however, and any visitor who was lucky enough to reach these parts will testify to its worth, as the area nests some of the most breathtaking landscapes in the world.

*Note that although Beijing and Tianjin are of close proximity to the region, they are not typically considered as part of the Dongbei region. Some eastern parts of Inner Mongolia are also sometimes included as part of Dongbei. For the purpose of this article, Beijing, Tianjin, and Inner Mongolia will not be included, just Liaoning, Jilin, and Heilongjiang. 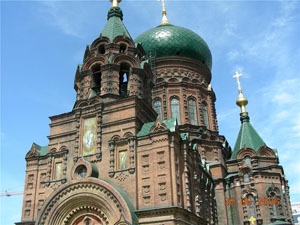 The region (formerly known as ‘Manchuria’) is bound by Russia (north), North Korea (south), and Hebei province (west), and historically was the home of the Manchu people. Until present-day, the majority of this ethnic group can be found living in these provinces, and their cultural influence is still very prominently blended-in.

Due to its bordering neighbors, Russian, Mongolian, and Korean cultural influences also can be strongly felt in terms of language, colonial architecture, and cuisine. Japan’s historical occupation of the region has also left a major impact. Today, the whole area still carries with it these influences, making it a one-of-a-kind mix of cultures not seen elsewhere in China. It is due to this reason that many Koreans, Russians and Japanese still favor the Dongbei region as both a travel destination, and as a place for business and study.

Generally speaking, China’s northeastern cities are much less industrial and dense than the south, which in turn has enabled the preservation of its endless natural terrains, green forests, and breathtaking views. Different seasons also offer completely different scenery.

Due to the cold snowy winters of Dongbei, winter-sports thrive in these parts. Some of the best skiing resorts in Asia can be found in Jilin and Heilongjiang provinces, and a range of other winter-sports can be experienced here, such as sledding and skating.

One of the favored pastimes in this region (especially during the winter) is going to a hot-spring or to a public bathhouse. China’s Dongbei prides itself in offering some of the most pristine bathing resorts in the world, with massive and luxurious complexes designed for ultimate relaxation, perfect after a day of work or travel. It is highly recommended to try a northeastern public bathhouse to get the full picture of the Dongbei experience.

The southernmost province of the region, is also the most forgiving in terms of climate, though can still get very cold in the winters. The summers, however, make it an ideal place for travel. The province is often said to be the most comfortable for living due to its relatively stable seasonal temperatures, lower living costs, and more laid-back lifestyles.

At the edge of the province, is the famous peninsula-city of Dalian, often described as “the Pearl of the North”. This busy coastal city is surrounded by Bohai Sea and the Yellow Sea, and is famous for its large natural parks, attractive beaches, and the alleged “best” seafood in the country. During the spring, thousands of visitors flock to see the “Sakura” blossom of the cherry flower typical to the region.

The capital of Liaoning is probably the most metropolitan city in all of the Dongbei region, and is an attractive place for business. This naturally brings with it a lot of Western-style restaurants and bars, and an attractive nightlife. The city is also home to China’s “other” Forbidden City, and an array of other interesting ancient mausoleums, temples, and palaces. 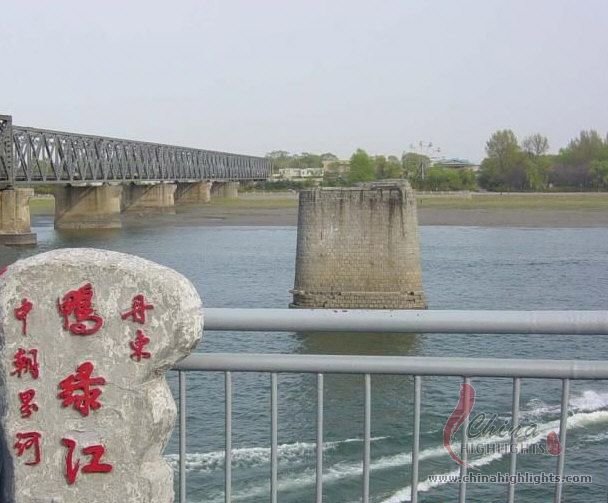 A small city, but with an enormous importance. This city is where China’s border with North Korea begins, and where the famed Yalu River runs through. At certain areas along the river, North Korea can be seen from just several meters across, and there are many boat cruises along the river (even inside North Korean waters) that allow for great views inside the mysterious country.

Dandong is also where the eastern end of the Great Wall of China is situated, and serves as a good alternative for those wanting to visit the Great Wall but without the massive crowds as witnessed in Beijing.

This small city is often forgotten when planning trips through Dongbei, but definitely deserves a mention. The complex cave system in Benxi shelters the largest water-filled caves and underground river in the world. Boat rides inside the watery caves, or hikes through the dry caverns both serve as memorable experiences.

The little-known city is home to the Panjin "Red Beach", an unbelievably magnificent natural phenomenon, and the biggest wetland in the world. During the autumn, the special Sueva plant tuns red, giving the illusion of a red "beach" spread across for as far as the eye can see.

To learn more about all there is to do in Liaoning province, click here!

The mystical view of snow-capped mountains surrounded by green and untouched forests is what this province prides itself in. With its mountainous terrain and an abundance of nature and wildlife, this province is ideal for nature-lovers. 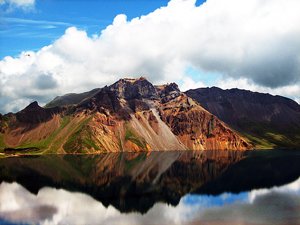 One of the most famous mountains in China, and home to the largest nature reserve in the country, is perhaps the most attractive destination in Jilin province (and Dongbei area in general). The volcanic mountain range in fact extends through the three main provinces of Dongbei, and even spills over to North Korea, but is officially located in Yanbian Korean Autonomous Prefecture, and is best appreciated in its neighboring cities in Jilin.

This spiritual and sacred mountain offers everything you would want from such a landscape; magnificent waterfalls, endless colorful forests, hot springs, and a catalogue of rare animals and plants. The mountain also offers the best skiing resorts in the country due to its frequent powdery snow-fall. But perhaps the most treasured attraction of the mountain, is the Tianchi Heavenly Lake, which rests atop the crater of the volcano.

Jilin’s capital city offers the famous Puppet Emperor’s Palace and Museum of the Imperial Palace of Manchukuo, along with many other historically significant palaces and temples. The industrious nature of the city does not take away from its unique beauty, and it remains an attractive pitstop in many journeys to Dongbei. 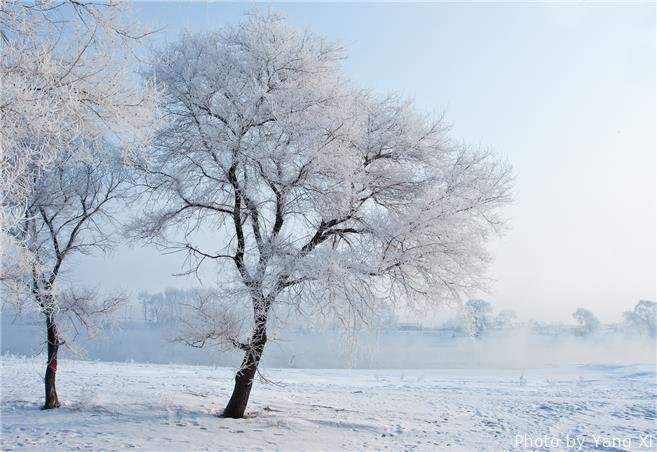 This small city serves as a good pitstop on the way to Changbaishan mountain. Jilin city's winter brings with it one of the four natural wonders of China; the Jilin Rime. Caused by the heavy fog originating from the Songhua river, the icy rime formed on the naked trees is truly a magical view.

To find out more exciting things to see and do in Jilin province, click here!

Its geographical position combined with its high altitudes make this province the coldest in China. But even with the average annual temperatures of -6ºC to -4ºC (reaching an average of -32ºC in the winter), there is still plenty of unique things to explore that make it worth the struggle.

The capital city of this province is naturally its most attractive. Despite its freezing temperatures, winters are the most popular time to visit, as this is when the annual Harbin Ice Festival takes place. The biggest ice-festival in the world is regarded by many as a must, and due to its lively music and complex lightning animations, the cold temperatures are somewhat diminished by the warmth of the occasion.

The world-class ski resort is China's biggest and best, and besides serving as the primary training center for many of China's national winter-sport teams, it is also the best destination for winter-sport lovers, with great slopes, facilities, and accommodation.

You can read more on  Yabuli Ski Resort here.

For a full guide on other amazing things to do in Heilongjiang province,  click here!

Although the long snowy winters of the Dongbei region present obvious difficulties, in order to witness some of its most spectacular views, the winter-peaks are in fact the best time to go. Particularly in Heilongjiang and Jilin provinces, the height of winter is the most popular time to visit.

If the bone-chilling winters of the north seem too terrifying, you need not worry! Liaoning province, for example, still gets very hot summers between June and August, and offers plenty of things to see, including sandy beaches suitable for sunbathing in some cities. For both Liaoning and Jilin province, the spring (March-May) offers ideal temperatures for a comfortable journey and beautiful blossoming scenery.

How to Get to Northeast China

As Dongbei is quite isolated in a corner of China, with many of its attractions including rough and underdeveloped terrain, the best way to reach most destinations would be by airplane, especially for Heilongjiang Province.

There are however land alternatives for the more adventurous travelers, with slow and fast train-routes crossing through the provinces, and allowing for a mesmerizing ride through the natural terrain.

Choosing to tolerate the cold winters for the sake of experiencing the 'real' Dongbei is highly recommended, and will surely provide a very different experience as compared to the rest of China. But even for those not willing to make the sacrifice, the more tolerable seasons of the region still offer plenty of incredible places to see and experience. If you want to travel to northeast China, or include some of its destinations in your next journey, be sure to check out our unique Create My Trip service for a tailor-made trip to suit all your needs!