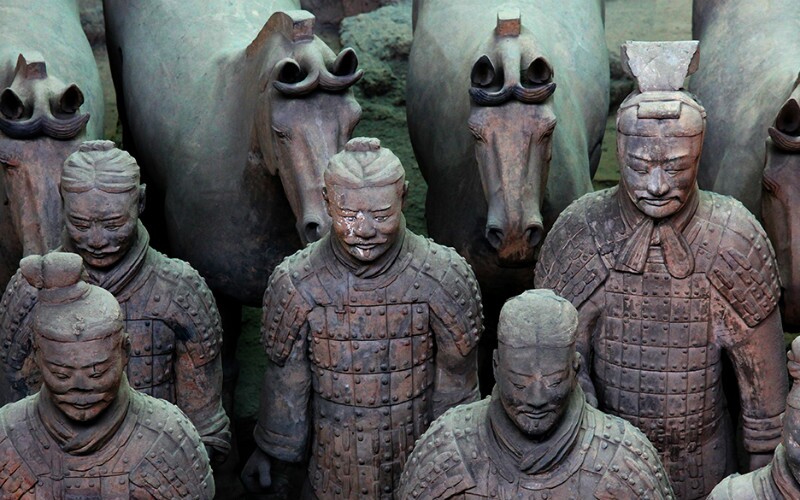 The transportation between Beijing and Xi'an is frequent, fast and easy. The distance on the map between these two ancient capitals is 930 kilometers (578 miles). Here are the concise facts of flights, trains, and coaches, helping you choose the option that best suits you.

The flight between Beijing and Xi'an takes about 2 hours, and the airfare ranges from 500 to 1,000 yuan, depending on the discount and the airline you choose.

Every day more than 30 flights depart from Beijing Capital Airport to Xi'an Xianyang Airport, from 07:15 to 22:15.

From Xi'an Xianyang Airport to Beijing Capital Airport, there are also more than 30 flights every day, from 08:00 to 21:30.

You can search and book a flight on China Highlights' China flights.

Every day there are 10 trains between Xi'an Railway Station and Beijing West Railway Station. The travel time ranges from 12 hours to 15 hours, depending on which train you choose. The railway between Beijing and Xi'an is 1,200 kilometers (746 miles) long.

From Beijing to Xi'an, the fastest train is Z53, usually takes 12 hours 9 minutes. The cheapest ticket costs 270 yuan for a hard upper berth.

From Xi'an to Beijing, the fastest train is T152, usually takes 12 hours 11 minutes. The cheapest ticket costs 150 yuan for a hard seat.

K1363/1364 is the slowest train running between Beijing and Xi'an, taking about 15 hours; yet, the price is almost the same as other trains.

You can search and book a train ticket on China Highlights' China trains.

Coach/bus transport is also available between Beijing and Xi'an, the route is 962 kilometers, and travelers can buy tickets up to 7 days in advance.

However, it is really tough to travel between these two cities by bus, and China Highlights advises travelers to take a train instead. The bus ticket, approximately 300 yuan, is much more expensive than a train ticket, and the time, about 15 hours, is almost the same as that by train.

From Beijing to Xi'an

From Xi'an to Beijing