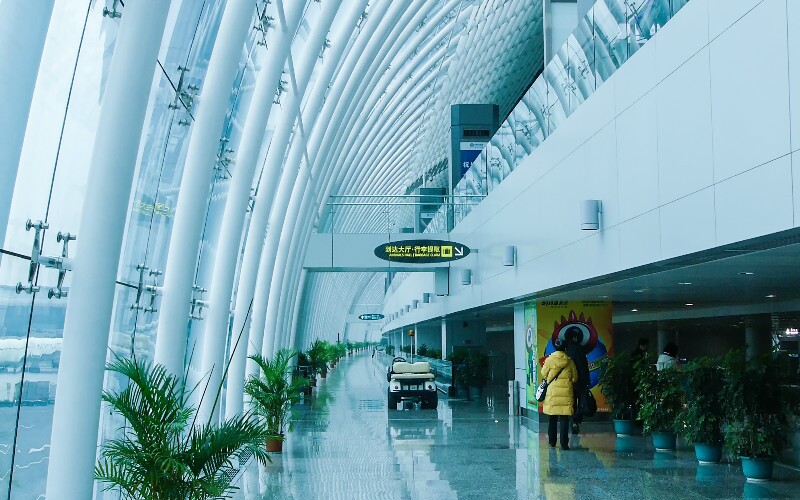 The distance between Guangzhou and Wuhan is about 1,069 kilometers (664 miles), and the popular means of transportation are by plane and by train (including by bullet train). Wuhan is located in central China and is the biggest transportation hub in China, linking West China, East China, North China and South China together.

If you want to travel between Wuhan and Hong Kong, take a plane or transfer at Guangzhou besides Shenzhen. Then take a train, a bus, a ship or a a jetfoil to Hong Kong (the link includes information for jetfoil transport among Guangzhou, Macau, Hong Kong and Shenzhen). See also Guangzhou-Hong Kong transportation and Shenzhen-Hong Kong Transportation.

Every day there are about 74 pairs of trains running between Wuhan and Guangzhou, including bullet trains (G trains, Z trains, D trains) and common trains (T trains and K trains). China Highlights' China Train Schedule page offers you the service of searching for trains running between two Chinese cities, and the information includes the train schedule, ticket prices and stops along the ways. Our tips for traveling by train in China can help you have a better journey.

Bullet train is also a choice for travling between Wuhan and Guangzhou. G train (more than 40 pairs of G trains, run daily) has the fastest speed, and the time for a journey is about 4 hours. Next is the D train (only 2 D trains run between Guangzhou and Wuhan: D2101 and D2103, daily), with the time for a journey of 6 hours. The termini for G train or a D train are Wuhan Station and Guangzhou South Station.

Of course, the ticket price for a bullet train is much more expensive than those for common trains. See Wuhan-Guangzhou bullet trains, for ticket prices, train schedules and how to buy a ticket.

The Old and Slow Chinese Train

Generally speaking, T trains and K trains have 6 kinds of ticket: hard seat, upper, middle, and lower hard sleeper, and upper and lower soft sleeper. Some trains have super soft berths, which are more expensive than a G train’s first-class seat (740 yuan). The ticket prices range from 140 yuan to 812 yuan.

Every day, there are about 15 pairs of direct flights between Wuhan Tianhe Airport and Guangzhou Baiyun Airport, and fight timea are about 1 hour 55 minutes. Flight tickets prices often have reduction, and range from around 200 yuan to a little more over 800 yuan (excluding 130-yuan fuel surcharge and 50-yuan airport construction fee).

If you book a flight ticket at the right time, flting is really cost-efficient. You can search for flights between Guangzhou and Wuhan and book flight tickets at China flights.

Kind reminder: If your departure day is fixed, booking a flight ticket early will usually save money.