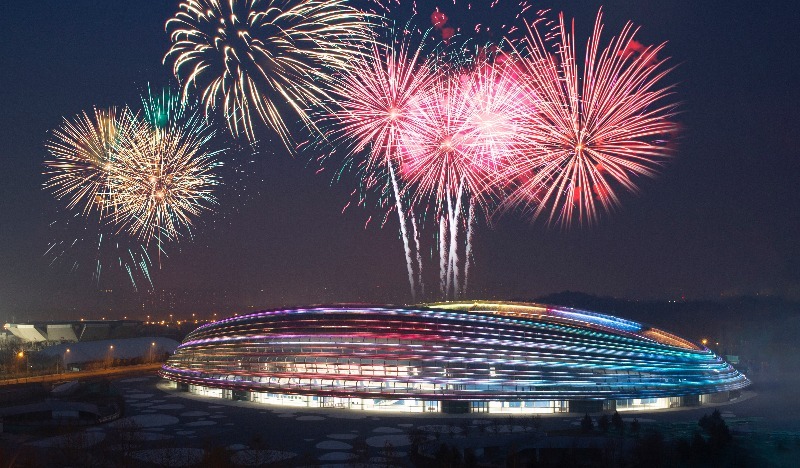 The Winter Olympics 2022 is due to take place from February 4 to 20, 2022 in Beijing and its co-host city, Zhangjiakou. 25 Olympics venues in three competition zones (Beijing, Yanqing, and Zhangjiakou Clusters) will be put on this world-attention-grabbing Winter Games.

The 2022 Olympics ski venues are mainly in Zhangjiakou, a paradise of high-quality snow and high-end ski resorts while Beijing will host all the ice events. Continue to read and find out the location map, sports hosting in each venue, legacy plans, and possible tours after the 2022 Winter Games.

The events of the 2022 Winter Games are scheduled to be staged in three competition zones or clusters: central Beijing, Yanqing District of Beijing, and neighboring Zhangjiakou in Hebei Province.

Why Beijing, Yanqing, and Zhangjiakou clusters?

Beijing, the world's first dual Olympic city to host both the Winter and Summer Olympics, will host all the ice events and four snow events.

Yanqing is a suburb of Beijing, where the Badaling section of the Great Wall is located. It features an excellent ecological environment, surrounded by mountains on three sides, also known as Beijing's "Summer Capital". Events of alpine skiing, luge, and bobsleigh disciplines will be staged at Xiaohaituo Mountain in Yanqing, due to its natural terrain advantages of high drops and long slopes.

Zhangjiakou, a skiing paradise with many high-end ski resorts in its Chongli District, is cooperating with Beijing to host the 2022 Winter Olympics. The snow events mainly take place in the Zhangjiakou Cluster.

How many competition venues and what sports be staged for Olympics 2022?

Following the Games, most of the venues will be used as training centers, sports competition venues, and civic activities centers to promote China’s winter sports.

During the 2022 Winter Games, 7 competition and non-competition venues will put into use, of which 4 are new venues, 1 is an existing venue, and 2 are temporary venues.

After the Winter Olympics, the Zhangjiakou Cluster will be reformed into an Olympic Park to be permanently preserved as a 2022 Olympic legacy site.

The park consists of two separate venues: Park A for freestyle skiing and Park B for the snowboard.

Legacy Plan: After the Games, this temporary venue will be returned to the owner to be a ski resort.

The National Ski Jumping Center is composed of 3 parts, a Club at the top of the mountain, two tracks, and the audience area at the bottom of the mountain. The design of the venue resembles a ruyi sceptre (a Chinese talisman like a decorative spoon with a raised head), hence its nickname "Snow Ruyi".

Legacy Plan: Following Beijing 2022, the venue will be used as a national training center and a tourist resort.

Legacy Plan: After the Winter Games, this venue is planned to be remodeled as a park and an outdoor ice and snow center to host sports events and entertainment.

Legacy Plan: Following the Games, the center will be used as a training center for Chinese national teams and a resort for tourists.

The Beijing Cluster is planned to undertake all the ice events of the 2022 Winter Olympics, using a total of 13 competition and non-competition venues, including 8 existing venues, 4 newly built venues, and 1 temporary venue.

The Olympic Green, an important legacy of the 2008 Summer Olympics, will once again become the core area, this time for the Beijing 2022 Winter Olympics.

Capital Indoor Stadium (首都体育馆 Shǒudū Tǐyùguǎn /shoh-doo tee-yoo-gwan/), built in 1968, has hosted many important sports events, including the Sino-US table tennis match in 1971, known as “ping pong diplomacy”, and one of the first NBA games in China in 2004.

The volleyball tournaments for Beijing 2008 Summer Olympics took place there, and it is destined to continue its career in the limelight by hosting the figure skating and short-track speed skating for the Beijing 2022 Winter Olympics.

The newly built National Speed Skating Oval (国家速滑馆 Guójiā Sùhuáguǎn /gwor-jyaa soo-hwaa-gwan/), also known as the ‘Ice Ribbon’, is one of the iconic venues in the Beijing Cluster and the only newly built venue on the Olympic Green.

It was formerly the site of the temporary venue for hockey and archery events during the 2008 Olympics, and now it is the largest speed skating venue in Asia, equipped with three 400-meter speed skating racetracks, one practice track, two multifunctional ice rinks, and one ice rink for other ice activities.

Legacy Plan: After the Winter Olympics, it will become a permanent training venue for Chinese athletes and will also be opened to local residents for winter sports.

As one of the Beijing 2008 legacy venues, the National Indoor Stadium (国家体育馆 Guójiā Tǐyùguǎn /gwor-jyaa tee-yoo-gwan/) was used for rhythmic gymnastics, trampoline, and handball competitions during the 2008 Summer Games. Alongside Wukesong Sports Centre, it will stage the ice hockey competitions of Beijing 2022.

The design of this stadium looks like a traditional Chinese folding fan, hence its nickname “the Fan”.

Wukesong Sports Centre (五棵松体育馆 Wǔkēsōng Tǐyùguǎn /woo-ker-song tee-yoo-gwan/) is probably the most used multipurpose indoor arena in Beijing. It is the Beijing 2008 legacy venue once used for Olympic basketball preliminaries and finals and will stage some of the ice hockey events for the 2022 Winter Games.

To host the Beijing 2022 Winter Olympics, it has been transformed into an “Ice Cube” and will host the curling events. Let's see if any new records are made there during the Winter Olympics.

Shougang Big Air was built inside a former steel mill site, with four industrial cooling towers as its backdrop. The design is like a ribbon floating in the sky.

Legacy Plan: Following the Games, it will become the world's first permanent venue for Big Air, acting as a training venue for national athletes, hosting major sports competitions, and serving as a sports theme park for the public.

A total of 5 competition and non-competition venues are there to host steeply sloping mountainside events of the 2022 Winter Games, of which 3 are newly built venues and 2 are temporary venues.

Covering by a wooden roof, the venue has 16 curves with different angles and slopes with a total length of 1.9 kilometers (1.2 miles), and it is one of the most complex venues ever built in terms of design and construction.

Legacy Plan: It is the first sliding track in China, and following the Games, it will be opened to the public for iced track activities.

With a total piste length of 21 kilometers (13 miles) and runs with vertical drops up to 900 meters (3,000 feet), it is the highest-level alpine skiing center in China and China’s only venue that meets the alpine skiing standards set for the Winter Games in China. It is known as "the pearl on the crown of the Winter Games".

Legacy Plan: After the Winter Olympics, it will become a training center for national athletes and a venue for international competitions.

The opening and closing ceremonies of an Olympics will once again take place at the National Stadium (Bird's Nest) in central Beijing, which hosted the ceremonies of the Beijing 2008 Olympics.

Ceremony at the Bird's Nest

Three Olympic Villages, one in each of the three competition clusters, have been built to accommodate over 6,370 athletes and officials.

Beijing Winter Olympic Village has around 2,300 beds and will become public housing open for rent after the Games.

Yanqing Winter Olympic Village has around 1,430 beds and will be transformed into a hot spring resort.

Zhangjiakou Winter Olympic Village has around 2,640 beds and will be remodeled into a business center.

The China National Convention Center will be used as the Main Press Center (MPC) and International Broadcasting Center (IBC). The other two media venues are the Mountain Media Centers (MMCs) in Yanqing and Zhangjiakou.

The three medals plazas are all temporary venues, one each in the Beijing, Yanqing, and Zhangjiakou clusters, where the medals will be awarded.

A complementary transportation system, including aviation, high-speed railways, expressways, local roads, and other transportation infrastructures, has been provided and enhanced to support the Beijing 2022 Winter Olympics.

According to experience gained from the Beijing 2008 Olympic Games, special Olympic lanes on major roads, Olympic bus lines, and Olympic bus stations will be set up to serve the Winter Games.

Around 30 subway lines will be in operation to reduce the travel time between venues.

You can take the subway (in Beijing only) and public buses to travel to each venue. Some hotels may offer fixed-time shuttle buses between venues. However, for a worry-free transfer to the right venue on time, you should consider our private transfer with an English-speaking guiding service.

Attending the Games can bring exciting sporting moments, but the unique architectural styles of each venue and the general atmosphere can also be a great enjoyment. We can customize a Winter Olympic Venues tour combining other highlights of Beijing city to enhance your Winter Games trip.

Here are some tour plans that lend themselves to enjoying the venues of Beijing 2022 and more (they’re fully customizable):

Tell us your travel needs and we will design a unique Winter Olympics trip for you covering the locations and venues you want to visit while relishing Beijing 2022. 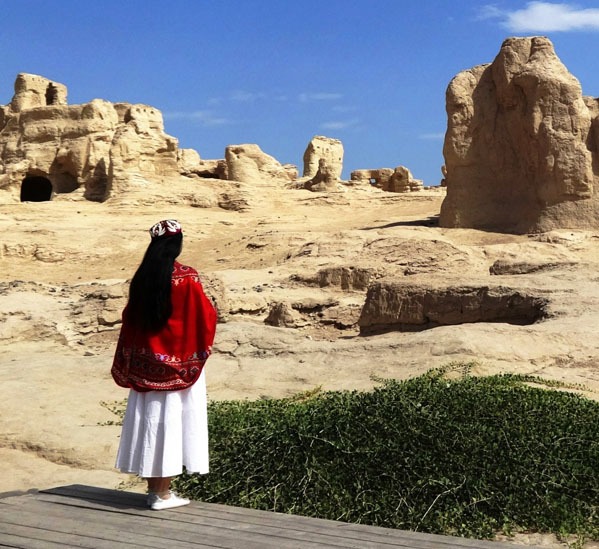