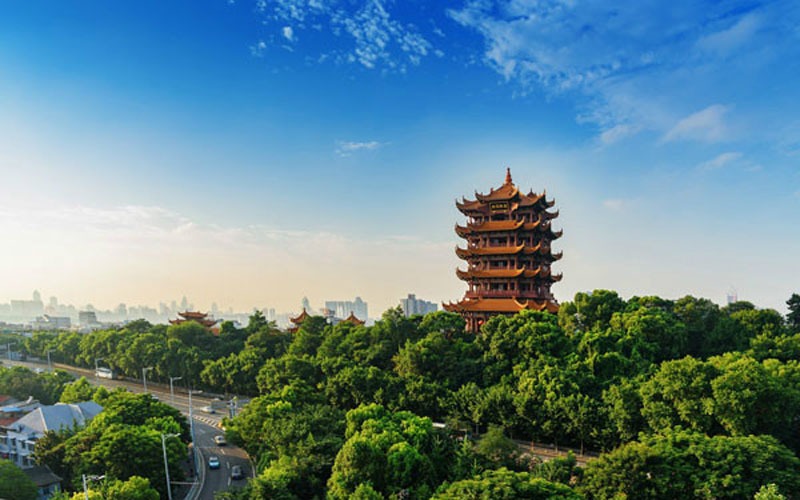 Wuhan Travel Guide - How to Plan a Trip to Wuhan

On February 21st and 22nd, the number of new cases in China has fallen to less than 1,000 a day. This might be a sign of the tail end of the outbreak. New cases outside Hubei Province were less than 500 in these 2 days.

Many e-business companies are still working from home in order to control the spread of the coronavirus. With the situation getting better, some businesses are returning to normal gradually. For safety, some companies have even chartered airplanes or trains to help transfer their employees away from the general public.

Besides that, some hotels and attractions have been operating since the middle of February, such as West Lake in Hangzhou and Lijiang Ancient Town. Business travelers are welcome now in the biggest cities of Beijing and Shanghai.

Wuhan (武汉 Wǔhàn) is an interesting large city in the inland central area of China that somehow feels less modernized than China's coastal cities or Beijing, but it is one of China's main high-tech, education and financial centers.

It is China's 10th largest city by urban population. It is interesting for tourists because there are scenic areas and the big Yangtze River. The people are unusually cordial to foreigners. Because it is right in the middle of the navigable part of the Yangtze River between Shanghai on the coast and Sichuan and Chongqing far to the west, it has long been a transportation hub.

The old town of Hankou that is now a part of modern Wuhan was China's second-largest commercial center after Shanghai during the 1800s and early part of the 1900s. Prices for meals and transportation are low, transportation to the city is unusually convenient, and it is an interesting tourist destination and a good place to start a tour of the Yangtze River basin.

The Yangtze River Bridge in Wuhan

Wuhan is now the capital of Hubei Province that is an inland province. It has a population of about 10 million people in its administrative area, with about 6,000,000 people in the main urban area and about 4,000,000 people in surrounding suburbs and towns.

It is divided into three parts by the Yangtze River and Han River. The Wuchang district is the education center with many universities and research centers, the Hankou area is the financial and business district, and the Hanyang district is the industrial center.

This city has a certain charm about it. The people are unusual friendly compared to those in other cities. And if you have the time for a cruise, you might really enjoy going up the Yangtze on a cruise liner.

You can stay in Wuhan for 6 days without a visa on international transit via Wuhan Tianhe International Airport, but you can't travel outside the city area on the policy. See more on Wuhan 144-Hour Visa-Free Travel.