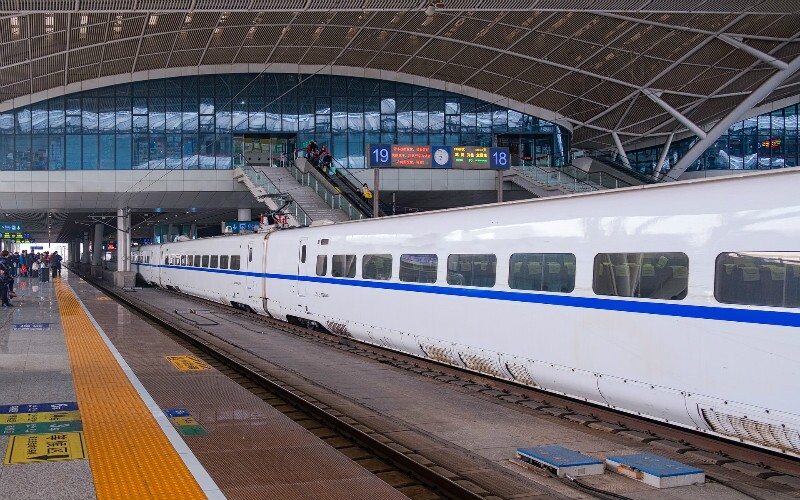 It is a big city in a central location and at the convergence of the navigable Han River and the Yangtze River, so Wuhan has been a shipping, rail, and highway hub between northern and southern China and the coastal cities and western China. So getting there is fairly easy, and once you are there, you can go more easily and quickly to other areas in China. In particular, the new bullet train system between Wuhan, Shanghai, Beijing, Guangzhou and Shenzhen makes for quicker and easier transportation between these cities and Central China.

Wuhan, as one of the four major railway hubs in China, is the at the crossway of Beijing - Guangzhou railway line, Hankou - Danjiangkou railway line and some other important railway lines. Every day trains depart from Wuhan to almost every city inside Hubei province and trains are available for getting to major cities in China, like Beijing, Shanghai, Harbin, Urumqi, Luoyang, Chongqing, Xi'an, Kunming, Chengdu, Liuzhou, Guangzhou, Nanchang and Hefei. There are over 70 trains departing from the station every day and more than 120 trains pass here.

Bullet trains are available between Wuhan and seven cities. By taking a bullet train, it only takes 4 hours to get to Guangzhou, 4 hour to Zhengzhou and 9 hours to Beijing.

Tip: Because the three train stations are not close to each other, travelers should make sure in advance which station they should go to board the train.

The Tianhe International Airport is the biggest airport in central China, located 26km northwest of Wuhan. Transport between the airport and the urban area is very convenient. Every hour, one airport coach leaves for the long-distance bus station which is near the Hankou Railway Station, and vice versa. The journey takes approximately 23 minutes. The price of a ticket is 15 Yuan. There are many daily flights linking Wuhan and numerous other destinations. People can get to many major cities of China such as Beijing, Shanghai, Nanjing, Zhengzhou, Guangzhou, Nanchang, Fuzhou and Chengdu as well as all the big cities in the world.

In Wuhan, getting around town is relatively convenient. There are electric buses, regular buses, a light urban railway, regular car taxis and special Chinese motorized tricycle taxis as well as guys offering rides on their motorbikes for a ride.

There are a lot of buses all over the city that usually cost 2 RMB (about 30 US cents) to ride. However, signs are generally only in Chinese. The buses are often crowded with standing room only. The Tourist Line 402 can take tourists to the Yellow Crane Tower and East Lake.

When you get in a regular taxi, make sure they use their meters. Also make sure that you bring small bills.

Wuhan is the largest transportation hub in central China. Highways radiate in all directions. There are several bus stations in the city and the main stations are as follows:

Wuhan is one of the largest intermediate ports along the Yangtze River in China. There are passenger ships between Wuhan and Shanghai as well as Wuhan and Chongqing. Because the speed of ships is relatively slow, the number of passengers who go to Wuhan by ship has decreased sharply in recent years. Therefore, less passenger ships depart every day. If you want to take it, you'd better inquire about it beforehand.