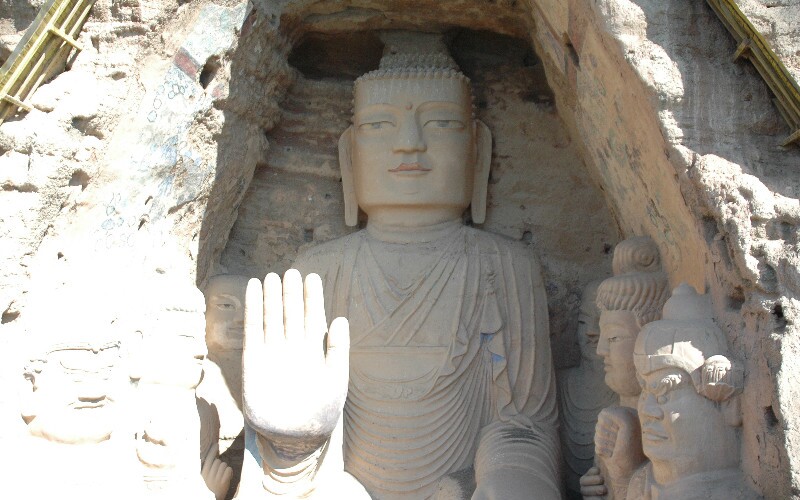 Wuwei, the communication hub of the Silk Road in ancient times, plays an important role in ancient Chinese history, especially in times of war. This old-line city has many historic sites and relics, including Confucius Temple and Tiantishan Grottoes. The origin of the Chinese tourist symbol, a copper fleeing horse, was unearthed in the Han Dynasty tombs in Wuwei. Confucius Temple, where Wuwei Museum is located, houses a large collection of over 44,000 cultural relics, two of which are recognized nationally. It is the second largest museum in Gansu Province. Colle.. Lei Platform Scenic Area, covering an area of 124,000 square kilometers, is the most famous tourist attraction in Wuwei. The platform is well-preserved, 106 meters in length, 60 meters in width and 8.5 m.. 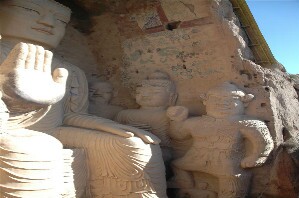 Tiantishan Grottoes, also called Big Buddha Temple, were chiseled during the East Jin and 16 Kingdoms Period, over 1,600 years ago. Tiantaishan, meaning Sky Ladder Mountain, is so named because the narro.. Hangzang Temple, built during the Jin Dynasty, has a history o f over 1,700 years, but was greatly expanded during the Yuan, Ming and Qing dynasties. The fourth founder of Sa-skya-pa of Tibetan Buddhism, Saban,..