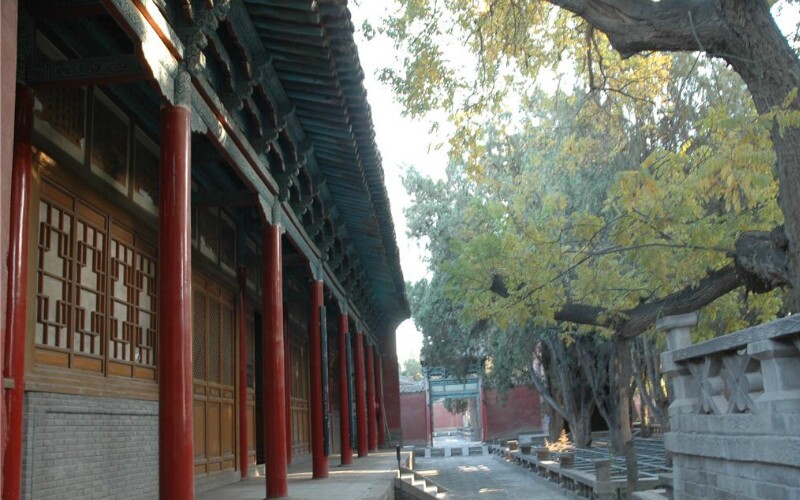 Haizang Temple, built during the Jin Dynasty, has a history o f over 1,700 years, but was greatly expanded during the Yuan, Ming and Qing dynasties. The fourth founder of Sa-skya-pa of Tibetan Buddhism, Saban, donated to expand the temple when he was in Liangzhou. The result was a great temple of Tibetan Buddhism. More temple buildings were added during the Ming and Qing dynasties, and soon after Haizang Temple became an important temple on the Silk Road.

Today, the temple ground has been transformed into a park. In the park, there are towering white poplars, several lakes, and a river whose banks are lined with willow trees and clusters of reeds. Viewed from a distance, the gray temple buildings among the greenery create a beautiful picture.

Location: It is located two kilometers to the northwest of Wuwei City.

Transportation:Take public bus No 3 and get off at Haizang Park.