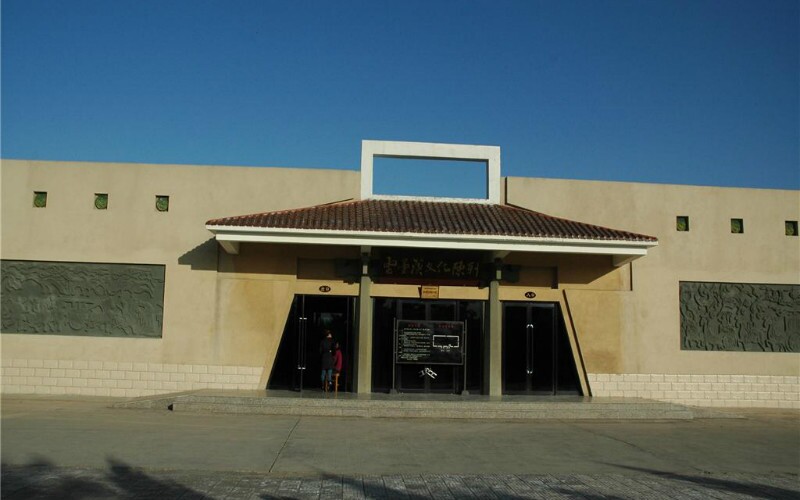 Lei Platform Scenic Area, covering an area of 124,000 square kilometers, is the most famous tourist attraction in Wuwei. The platform is well-preserved, 106 meters in length, 60 meters in width and 8.5 meters in height. On top of the platform stand over ten buildings from the Ming and Qing dynasties, including Leizu Hall and Sanxing Dumu Hall. Around the platform are many ancient trees alongside clear-watered lakes.

In 1969, a large tomb from the East Han Dynasty was discovered at the southeast corner of the base of the platform. The tomb contains a tomb path, a tomb door and tomb chambers. The tomb chambers are divided into three parts: the front, middle and rear chambers. There are two side rooms at either side of the front chamber. Although the tomb has been robbed several times, only a few cultural relics were stolen. Among the two hundred and thirty-one items excavated at the tomb are gold, silver, bronze, iron, jade and stone tools, pottery items and 30,000 ancient coins. The tomb has hence been called "the underground museum".

The most attractive findings are the ninety-nine bronze carriages. The most valuable item at the tomb is a bronze galloping horse that was chosen as a National Relic of China in 1986.

Other attractions in the scenic area include Leitai Culture Street, a great gate of Han Dynasty style, the music fountain and a huge relief from the Han Dynasty. There are also archways, totem poles and various displays of the bronze galloping horse and ninety-nine bronze carriages.

Wuwei, where this attraction is located in one importation station on the ancient Silk Road. See our Silk Road Adventure Tours, or let us customize a tour to explore the Silk Road for you.

Features: Lei Platform is where the Galloping Horse was unearthed. It is under special protection by the State Department.

Transportation: Take public bus No. 2 and get off at Leitai Park. The tomb is located inside the park.