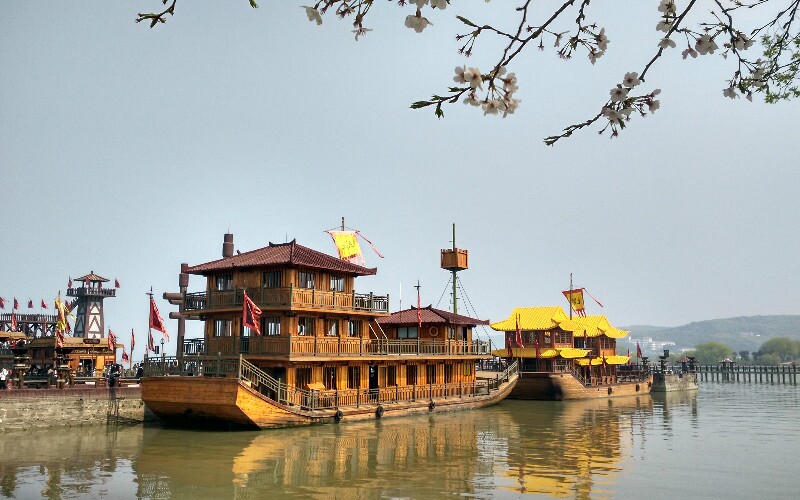 Wuxi Travel Guide - How to Plan a Trip to Wuxi

As the transportation hub in the Taihu Lake area, Wuxi is located in the Yangtze River Delta with Taihu Lake to the south, Yangtze River to the north, Suzhou to the east and Changzhou to the west, through which the Beijing-Hanghzou Grand Canal runs, and it has long been famous as a land of milk and honey since ancient times.

Wuxi is a famous historical and cultural city of China with a long history of over 3,000 years. As early as in the Spring and Autumn Period (770 BC-476 BC), Wuxi served as the political and cultural center of South China and produced a host of talented people. During the Ming Dynasty (1368-1644), Wuxi was very prosperous in industries such as brick-making, pottery-making, silk reeling and weaving. Wuxi has been famous for its industry and commerce since the 20th century, earning itself the nickname of “the Little Shanghai”.

As a pearl of Taihu Lake, Wuxi is not only famous for its natural scenery and man-made landscapes, but it’s also famous for its wonderful festivals. The scenic spots of Wuxi are rather far away from one another, of which famous ones include the following:

In addition, a number of festivals are also highlights of traveling to Wuxi, represented by the Taibo Temple Fair (heldat Meicun Town from February 4 to February 6), Wuxi International Plum Culture Festival (held at Meiyuan Garden in March), Wuxi Peach Blossom Festival (held at Yangshan from March to April), the Porcelain Art Festival (at Yixing in May)and Taihu Lake Tourism Festival (at Taihu Lake area from September to October), during which you can purchase authentic Wuxi souvenirs and specialties, such as dark-red enameled potteries and clay figures.

Wuxi dishes belong to Jiangsu Cuisine (one of the eight cuisines of China), featuring light and sweet foods, and the famousWuxi dishes include pork steak with sauce, fried gluten puffs, steamed dumplings with pork,oil-dried bean curds and oil-grilled turnip cakes. Below are famous Wuxi restaurants that locals highly recommend.

Wuxi’s Grandma’s Kitchen is decorated in a Shanghai style, where the signature dishes are red-cooked pork, red-cooked chicken with a tea flavor and stir-fried tofu in a hot sauce.

This restaurant is decorated in a popular style, where the dishes such as golden mushrooms with bacon and boiled fish with beansprouts in hot chili oil are favored by locals and foreigners alike.

The restaurant highlights dishes such as pickled chicken feet and smoked fish.

This restaurant is famous for its seafood and stewed intestines in Wuxi.

This restaurant highlights its beef steak with salad and green tea cakes in Wuxi.

Taihu Lake is the highlight of Wuxi, which attracts millions of visitors from spring to autumn each year.As a result, Wuxi is very rich in hotels and hostels with prices ranging from 150 to over 1,000 yuan. It’s rather far from one sightseeing spot to another in Wuxi, so you’re advised to book a hotel in advance according to your chosen travel destinations.The hotels of Wuxi are mainly distributed in Wuxi Railway Station, Taihu Lake and Huishan Scenic Area, and below is a list of highly-recommended hotels for your reference.

The Lake of the Li Garden

Wuxi belongs to a northern subtropical monsoon climate region and has four distinctive seasons, featuring a hot and rainy summer, a cool autumn, and warm spring and winter. Wuxi has an annual mean temperature of 16.2°C (61°F), an annual average precipitation of 1,121 millimeters and 1,924 hours of sunshine on average per year, and the hottest and the coldest months of the year are July and January respectively.

The best times to visit Wuxi are in spring and autumn. .You can not only appreciate plum flowers, azaleas, cherry blossoms, peach blossoms and magnolia flowers in full bloom in spring, but you also have a chance to participate in the temple fairs in Wuxi. In autumn, you can taste aquatic products and juicy peaches in Wuxi.

Wuxi Shuofang Airport is 20 kilometers (12.4 miles) south-east of the city center, where direct flights to and from Beijing, Shenzhen, Guangzhou, Shanghai, Kunming, Chengdu, Xiamen, Wuhan, Chongqing and Hong Kong are available. The airport shuttle buses run from Zhonglv Hotel to the airport at 6:45 am, 11:30 am and 1:30 pm each day, and bus 7 will also take you from the city center to the airport. The international flights to Tokyo, Osaka, Bangkok and Jeju are also available at Shuofang Airport.

The buses from the terminal mainly depart for Suqian, Huaiyin, Nantong, Qiandao Lake, Wenzhou, Anhui Province, Zhejiang Province and Shandong Province, and public bus 6, 17, 26, 31, 33 and 208 will take you there from Wuxi city center.

All the inner-city buses are self-serviced with ticket fares of one yuan for the common buses and two yuan for the air-conditioned ones.The starting price of taxis is 8 yuan for the first three kilometers (1.9 miles); you’ll be charged 2.31 yuan per kilometer from the 3rd kilometer to the 8th kilometer.