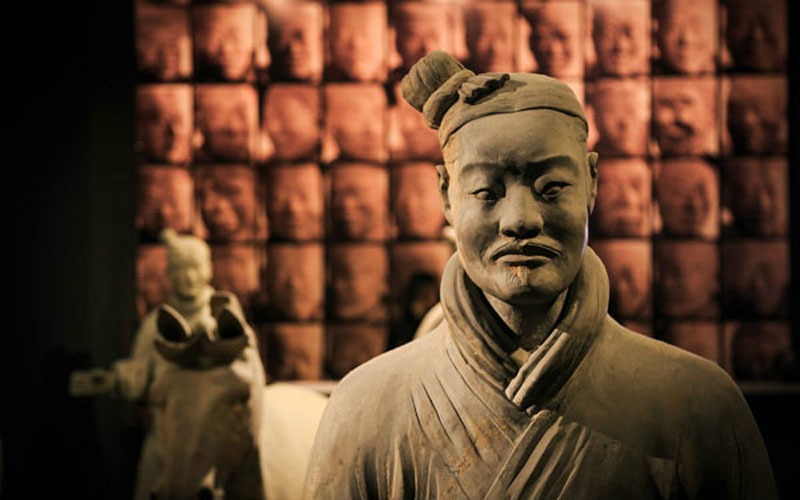 Place Names Around Xi'an - History and a Chinese Lesson

The place names around Xi'an have some interesting pronunciations and spellings, which are a window into learning the Chinese language. Their etymologies give a window into the areas history and characteristics.

Xi’an is pronounced sshe-an (ignoring tones). The unusual apostrophe in the middle divides two Chinese words xi (west) and an (peace). Without the apostrophe it would be indistinguishable from the Chinese word xian, pronounced sshyen, which could have any number of meanings, including salty.

Salty is the meaning of xian in Xianyang, Xi'an's northwest suburb, which now holds Xi'an's international airport. When Emperor Qin Shihuang united China for the first time in 221 BC, he chose Xianyang as the capital of his empire. The yang in Xianyang is the Chinese word meaning sun, bright, positive, or male. This yang is widely known as one of the two components of yin and yang, the opposite and coexisting forces in Taoist philosophy.

Xi’an is the capital of Shaanxi province. If the tones of the Chinese language are ignored Shaanxi is pronounced shan-sshe, exactly the same as Shanxi province on its eastern border. Shaanxi is written with an extra a (although this does not conform to the rules for standard Chinese romanization, called pinyin) to distinguish it from neighboring Shanxi province where tonal markers are not used.

Shaanxi is made up of two Chinese words: Shan (a falling-rising tone word that has no meaning apart from as a province name) and xi (west). The Shan in neighboring Shanxi is a high tone character and means mountain, and xi once again represents the character for west. The Shaan in Shaanxi has a repeated a probably because the falling-rising tone, sounds a little like a repetition of the vowel. The Chinese tones make the language difficult to learn, and on occasions such as explained above, easy to misconstrue.