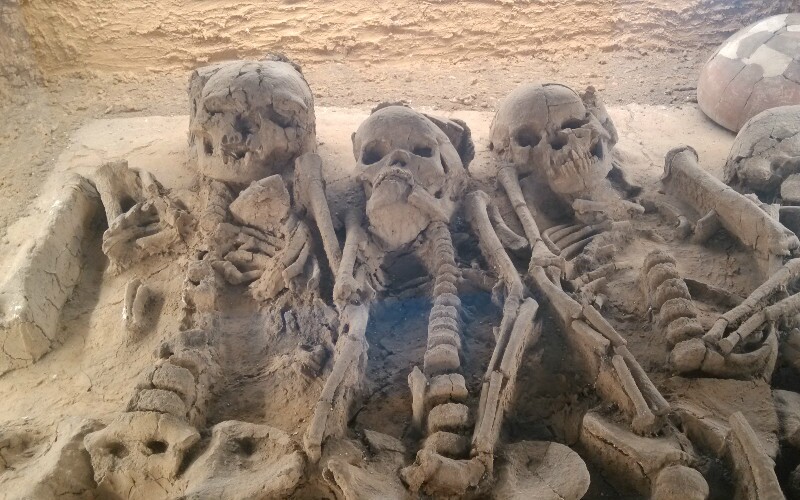 Located in the eastern outskirts of Xi'an city, Banpo Museum is the first prehistoric excavation site museum in China. Banpo (half slope) Village was a typical Neolithic Matriarchal community of the Yangshao (Respect Splendid) culture (5000-3000 BC) around 6000 years ago. The Yangshao culture was named after the first discovery of this civilization in Yangshao, Henan Province. About 400 sites of this type have been discovered around the Yellow River Basin, and the Banpo site is the largest one.

The site was discovered in 1953 during the construction of a power plant. The excavation work lasted four years, and the Banpo site was first opened to the public in 1958. Since then, two million people have visited it. The Display in the Banpo Museum

The Banpo site, occupying an area of approximately 50,000 square meters, was divided into three parts: the living area, the pottery making area and the cemetery area. Among the ruins are 46 dwellings, two domestic animal pens and over 200 storage pits, 174 adult tombs, 73 burial jars for kids, six pottery making kilns and many production and domestic tools. The site delivers visitors a vivid picture of the long ago lifestyle of the primitive Banpo people.

Banpo Museum consists of two exhibition halls and an excavation site hall. The first exhibition hall mainly displays the tools used by the Banpo people, including stone knives, sickles, fishhooks, specula and so on. These exhibits present visitors a general image of the Banpo people's activities. The showpieces in the second exhibition hall are major inventions and art items which reflect the fork culture and social life of that time. Artifacts in this hall include a fish-and-human-face-design pottery basin, a pointed-bottom bottle, a pottery steamer and children's burial jars.