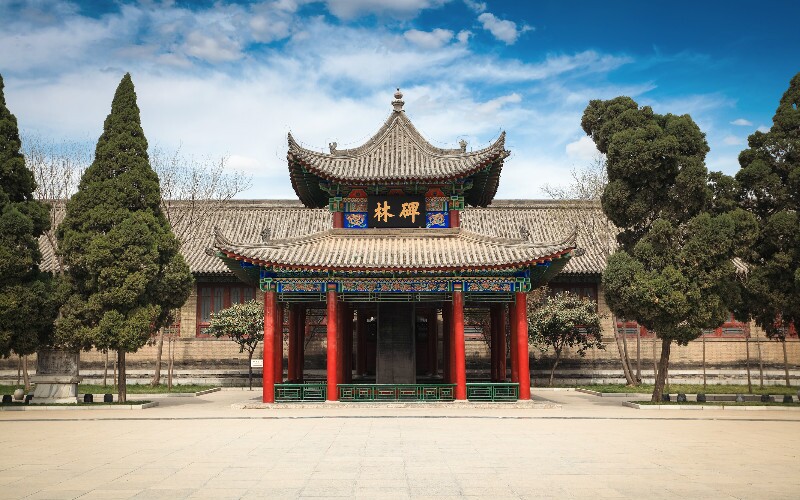 A stone lion in Forest of Stele Museum.

Exhibition Hall One mainly displays the text of twelve Confucian classics carved on 14 steles. The twelve works include the Analects of Confucius, the Books of Changes, the Books of Songs and some others. These twelve classics are must-do readings for intellectuals of China's feudal society. The stones were engraved over 2,000 years ago when printing was not yet invented. In order to preserve these works well and pass them down to later generations, the rulers ordered them to be carved on these stones.

Hall Two exhibits calligraphy steles written by the prominent calligraphers of China's ancient Tang Dynasty (618 – 907). The Tang Dynasty witnessed a flowering of creativity in many fields. Chinese classic calligraphy reached its golden age during this time. Visitors will find works of Ouyang Xun, Yan Zhenqing, Zhang Xu and many other noted ancient calligraphers in this hall. From these steles, visitors can have a clear idea of the development of Chinese writing. Chinese calligraphy forms an important part in China's magnificent culture, so these stone tablets are of great importance to explore China's long and magical ancient culture. 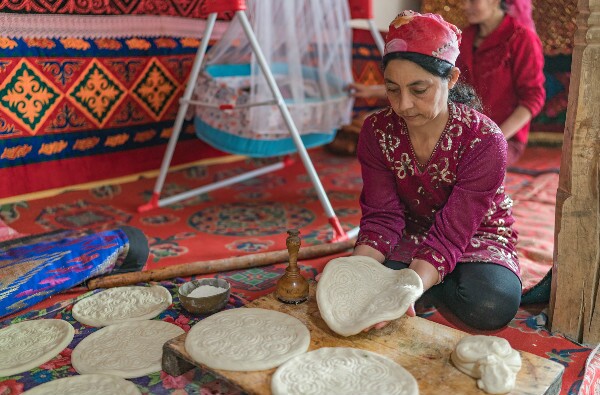