The Tour of Qinghai Lake

Tour of Qinghai Lake is the largest international road cycling race and the highest-level of its kind in Asia. It has been held annually since 2002 in areas at high altitude, co-organized by Qinghai Provincial Government, Union Cyclist International, UCI Asia Tour and Chinese Cycling Association.

The total distance of the tour is 3057km, including race distance 2003 km and transfer 1054 km. The maximum altitude during the race is about 3,865m, while the minimum altitude is about 1,225 m above sea level.

The cycle race is not only popular with participants but also spectators. Every year there are numerous visitors from other provinces of China and other countries of the world going to Qinghai to see the race. This year a total of 154 riders from 22 teams around the world will compete in the “highest “cycle race in the world.

If you are going to see the Tour of Qinghai Lake, China Highlights can help you with a tour, flights and hotels. See our Qinghai tours, Gansu tours and Ningxia tours.

Registration: Only team registration is accepted. The participants need to have authentication of UCI (the Union Cycliste International, also called International Cycling Union).

The Tour of Qinghai Lake is held during the period from July to August every year since 2002. Co-organized by Qinghai Provincial Government, Union Cycliste Internationale, UCI Asia Tour and Chinese Cycling Association, it is the largest international road cycling race and top of its kind in Asia. The participants saw increasing every year.

1. Held in at the Roof of the World, Qinghai-Tibet Plateau with an average altitude of 3000 meters, the Tour of Qinghai Lake is the "highest" international road cycling race. It is really challenging and will put athletes’ physique to the test.
2. The Tour of Qinghai Lake is a multi-day stage race of the highest level in Asia (2.HC) and attracted 147 riders from 21 teams, including UCI pro-continental teams, UCI continental teams and national Olympic teams in the Eighth Tour of Qinghai Lake 2009. The race distance was totally 1,356.4km in 2009’s competition.
3. It is not only popular with participants but also spectators, the number of who were unprecedented reaching three million in 2009.
4. The race course takes Qinghai Lake as its center, which is one of the most astonishing sights of Qinghai Province. The breathtaking surroundings of Qinghai Province will compete with athletes’ tired muscles for attention.
5. There are 43 ethnic groups in Qinghai Province, occupying 42.8% of the total population of the Province. The minorities that have lived here since ancient times are Tibetan, Hui, Tu, Shala, Mongolia, etc. Their hospitality and rich customs add much more charm to the completion.

Time:During the period from July to August 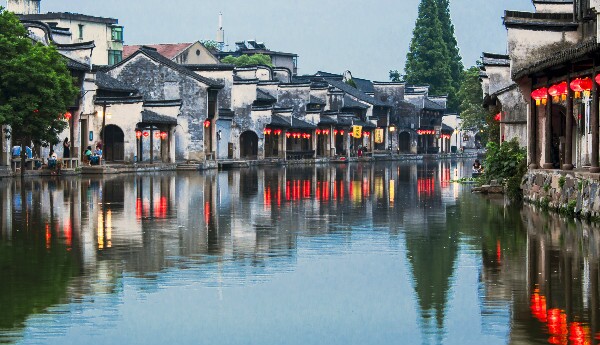