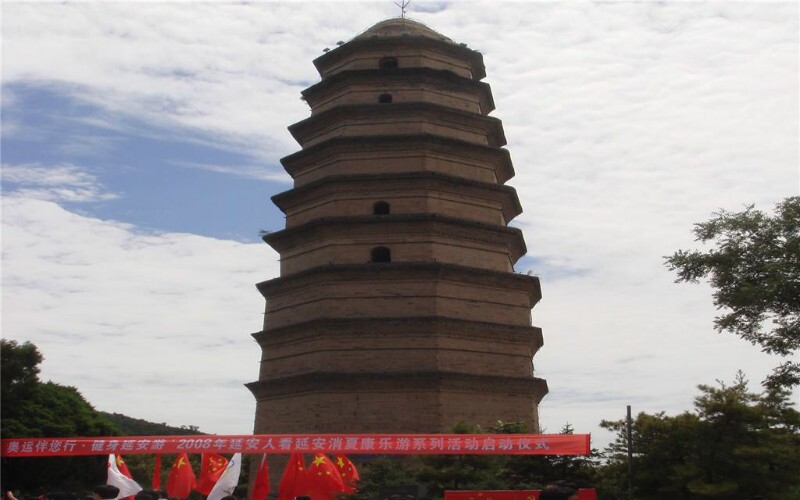 Baota Hill (Pagoda Hill) gained its name from a 44-meter (144-feet) nine-story pagoda standing at its summit. The Pagoda is the symbol of Yan'an and you will see it as you arrive in Yan'an. It is a key historic relic under national protection. Baota hill is crowned at 1136 meters (3727 feet) and the attic of the pagoda is a perfect venue to view the Loess Plateau scenery and get a bird's eye view of Yan'an City.

It is located at the southeast of Yan'an City.

Baota Hill, taking an area of 360,000 square meters (3,875,000 square feet), is a very enchanting place covered by various kinds of trees. It is a good place to escape summer heat because the temperature here is usually lower than those of the other places in Yan'an.

It was used to be an important venue of Chinese communists during the Chinese Revolutionary Movement. The iron bell of the Ming Dynasty adjacent to the pagoda was used as an alarm and clock at that time.