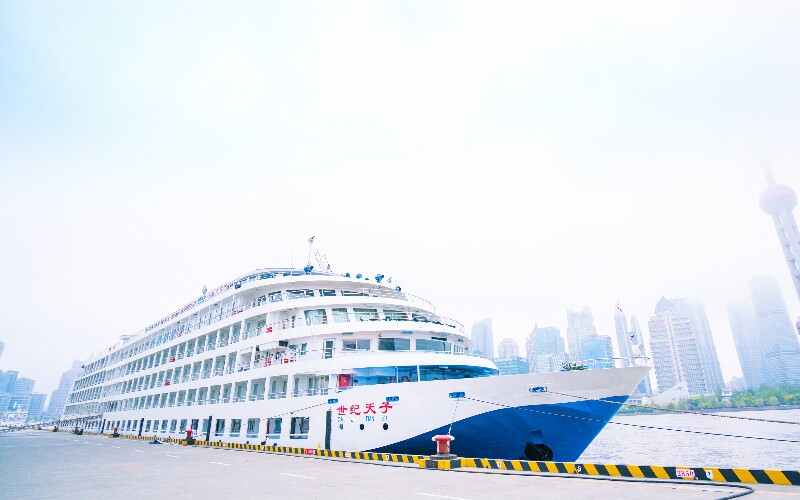 President 8 & 7 are the two largest ships on the Yangtze River. The two ships will begin their voyages in April. The ship boast large cabins with private balconies.

It is Good for families: The 100 deluxe standard cabins can be upgraded into triple rooms for families. Excellent bathroom facilities are provided in every room and an independent private balcony is very convenient for you to enjoy the magnificent landscape of the Yangtze River. 100 family rooms specially designed with three beds, taking into consideration the actual needs of family vacationers. Century Legend was the first line of on the Yangtze with a guest area extending to the 7th floor deck. The grand atrium lobby on the 7th floor and the first sightseeing give guests even more space to experience the magnificent views the river affords. Century Legend provides real VIP exclusive service. The Yangtze Explorer boasts the largest standard cabins on the Yangtze River. Each identical deluxe cabin features floor-to-ceiling sliding glass doors that open out onto a private outside balcony. Three dining halls on the ship offer Western food, Chinese cuisine, and dishes from other Asian countries. A variety of programs, such as movies and performances are offered each day.