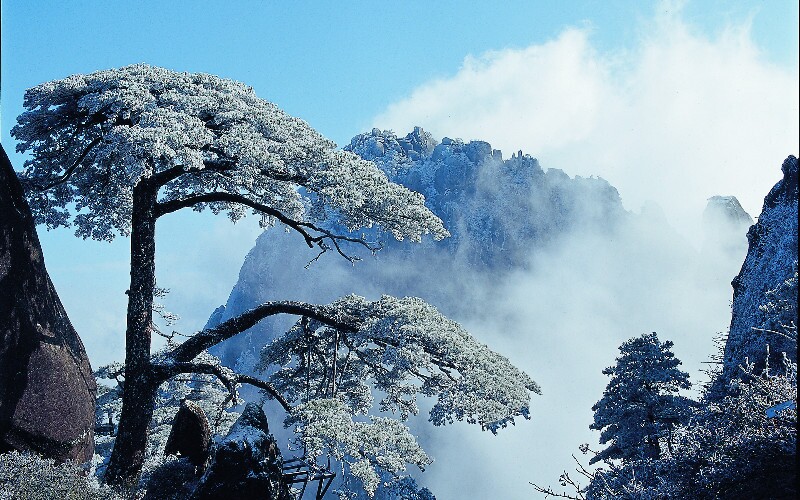 The Lower Reaches of the Yangtze River

The Lower Reaches of the Yangtze are known as "a land of fish and rice" by the Chinese. There are many lakes and connecting waterways in this low-lying region, which is one of China's most fertile, most populous and most affluent zones.

The Lower Reaches of the Yangtze begin somewhere around Wuhan in Hubei Province, China's fifth largest city. Wuhan is a city of many lakes and therefore representative of the land around the Yangtze in its lower reaches, where 10-20% of the land is permanently flooded with shallow fresh water lakes.

Although Chinese civilization did not begin on the lower reaches of the Yangtze, but on the plains of the Yellow River, it was not long before this fertile and easily developed land became the home to a large proportion of the Chinese population, instead of the dry north. After Hubei the next province with a significant portion of the Yangtze is Anhui Province.

The most famous attraction in Anhui is undoubtedly Huangshan – Yellow Mountain Scenic Area, with its phenomenal scenery and legendary links to the Chinese ancestor, the Yellow Emperor. The Yellow Mountains are only 80 km (50 miles) southeast of the Yangtze.

Anhui, an unusually poor province for the East China region, has no notable cities on the Yangtze, so there is no major city between Wuhan in Hubei and Nanjing in Jiangsu Province.

The most notable city in Jiangsu is Nanjing, the Provincial Capital. It was both one of the Four Ancient Capitals of China and a recent one, during the turmoil of the early to mid 20th Century.

For a long period of history Nanjing was the lowest bridging point on the Yangtze and therefore a focal point for transport and trade in Central China. Yangzhou, about 50 km (30 miles) downriver on the north bank, is a historical and cultural city, with beautiful Qing Dynasty (1644-1911) gardens.

From Nanjing the Yangtze rapidly becomes wider and tidal as it enters the delta area before joining the East China Sea north of Shanghai. The area south of the Yangtze Delta is known as Jiangnan (/Jyang-nan/ 'River South').