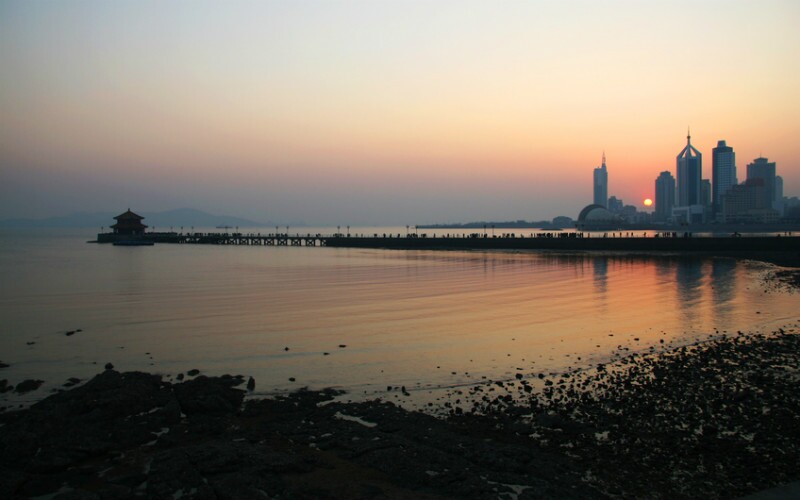 Penglai, located at the northernmost tip of the Shandong peninsula, is a charming city with beautiful seascape. Penglai has long been a popular tourist destination thanks to the stunningly beautiful Penglai Pavilion and a mirage appearing on the nearby sea.

Penglai Pavilion is often referred to a place of the gods in Chinese mythology, thanks to its stunningly beautiful scenery. For example, the well-known legend of Eight Immortals Crossing the Sea was said to take place here. The Pavilion, about 1000 years'old, is perched on a cliff top, overlooking the sea. It is considered as one of the four greatest ancient pavilions in China ( the other three pavilions being the Yellow Crane Pavilion in Wuhan, Hubei Province, Yueyang Pavilion in Yueyang City, Hunan Province and Tengwang Pavilion in Nanchang, Jiangxi Province).

Except the pavilion, there are other temples in the island. Visitors can walk around the tree-shaded trails among the buildings and take in the scenery of the building's gray titles interspersed with greenery. Or one can ascend to the top of the pavilion and enjoy the ever-changing view of the sea dotted with islands. If you are particularly lucky, you are likely to see a mirage. The last mirage seen from the pavilion was in July 2001, when locals claimed saw roads, trees, buildings, and people on the surface of waters.

Penglai can be easily visited as a day trip from Yantai. From Penglai, visitors can extend their trip to the Changdao Islands, which are chains of islands in the Bohai Sea, and which are known for their sandy beaches and picturesque limestone cliffs.