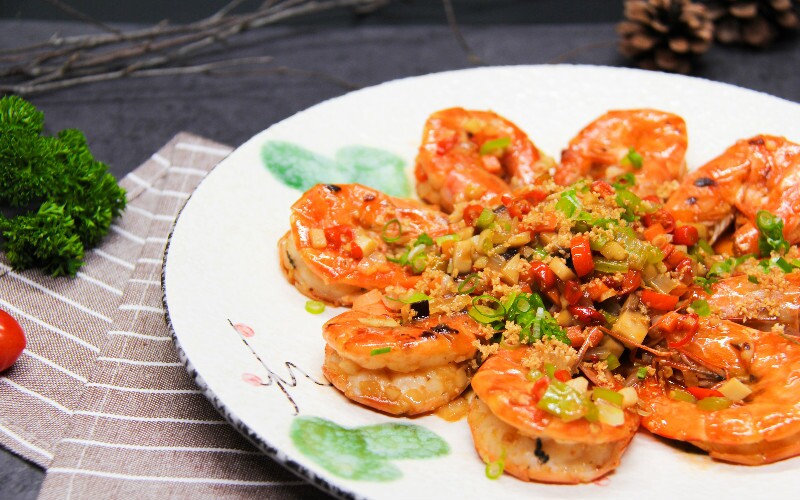 Yantai is widely considered as the birthplace of Lu Cuisine (i.e., one of the eight famous regional cooking schools of China, the other seven being the Cantonese, the Chuan, the Hui, the Mei, the Su,, the Xiang and the Zhe schools of cuisine). Traditional Lu dishes figure prominently in the restaurants of Yantai, though Lu Cuisine is far from being the only type of cuisine available in Yantai, or even the major cuisine, for that matter. In fact, in recent years, seafood dishes have outstripped Lu Cuisine in popularity among both the local inhabitants of Yantai and the city's growing flocks of tourists, which also explains the explosion in seafood restaurants around the city.

In addition, wheaten food such as noodles and dumplings are common.

This time-honored restaurant has been well loved by locals due to its excellent seafood. Most popular dishes include Fried Oyster and Scrambled Eggs with Agarics.

Shunshui Renqing Restaurant enjoys a very good surroundings adjacent to Binhai sightseeing road. While food served at Shunshui Renqing Restaurant probably is not the best among all the restaurants in the city, its environment completely trumps those of other restaurants. ?The dazzling scenery of Binhai Road attracts a endless stream of both locals and travelers to dine here each night. ?Recommended dishes: Dove Soup and pumpkin pies.