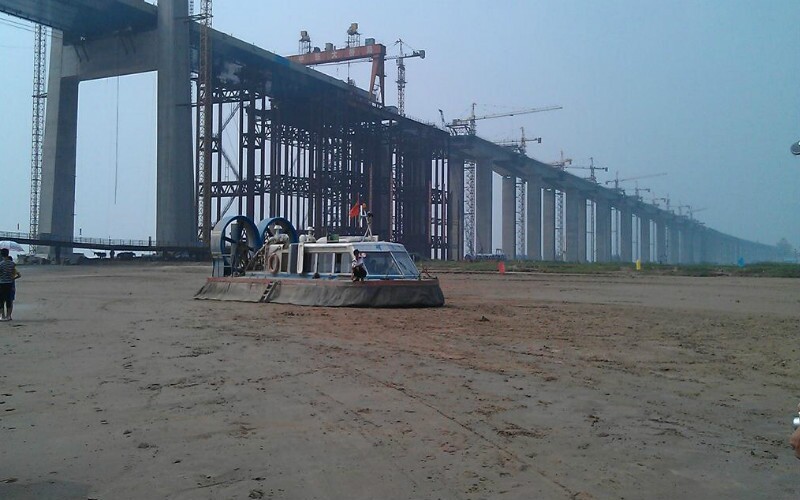 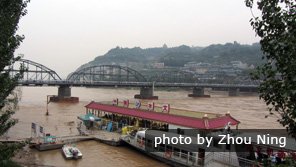 The Ships on the Yellow River in Lanzhou, Gansu Province

The Yellow River begins in West China's Qinghai Plateau then wanders around northern China until it empties into the Bohai Sea in Shandong Province.

While the river runs through some beautiful scenery, it is not conducive to the multi-day cruises the Yangtze is famous for, though short cruises are always a possibility on major cities along the river’s route to the sea. The river runs turbulently through deep gorges in West China. Along the way, the river picks up the colored silt that gave it its name as the current becomes smoother as it moves into East China. The silt is hard on boat engines as well as the turbines of hydroelectric plants that span the river.

Heavy flooding occurs between July and October, giving rise to the nickname of "China's sorrow" because so many millions of people have died in the floods. These floods make shipping difficult, as do the droughts which dry up the river at other times of the year.

Still, the Yellow River is considered an important water way in China, and freighters do use it to transport goods inland because boating is cheaper than trucking or rail.

Yellow River Has Always Been an Important Water Way 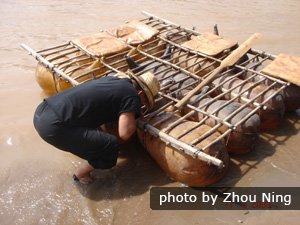 The sheep-skin rafts are still used to cross the Yellow River by some people who live along the Yellow river bank in Lanzhou, Gansu Province.

Even in ancient times the Yellow River was considered the main highway for transportation purposes because boat travel was quicker than overland travel. In those days, boats were not motorized, so Chinese did not need to worry about engines becoming clogged with the silt being carried downstream.

Before there were bridges and motor boats, the Chinese crossed the river on rafts, usually made from specially-treated pig and sheep skins that were inflated and then tied together. About nine to 12 skins were used on each raft, which usually carried no more than four or five people. Sometimes the skins were lashed to a simple wooden frame to make the raft more floatable.

Such rafts are still used in Gansu, Qinghai and Ningxia provinces today.

While there are many bridges crossing the river today, the most famous one is the YellowRiver Bridge at Lanzhou, capital of Gansu Province in West China as it was the first modern bridge to cross the river. Before the advent of bridges as we know them, pontoons were lashed together. These floating bridges were used for 500 years, though crossing this way was not really ideal as annual floods washed the pontoons away.