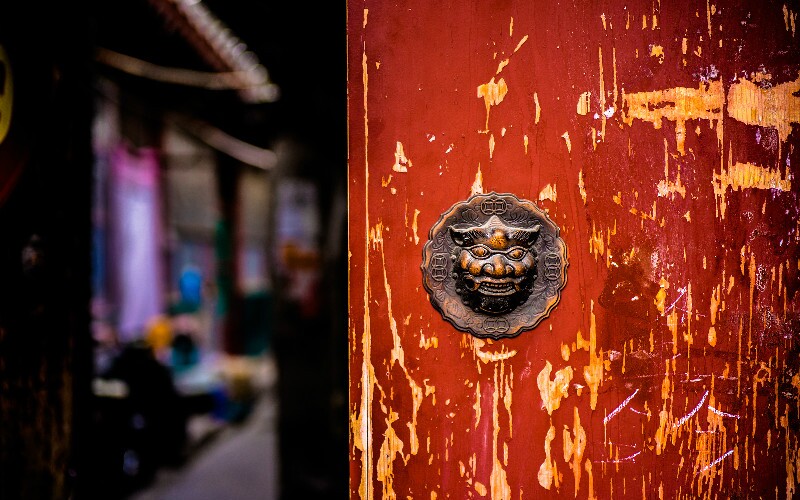 Baoping, near the city of Yichang, Hubei Province, is a charming little village that has been preserved as much as possible in its original state in order to honor the memory of a woman who was born here and who became famous for her beauty: Wang Zhaojun. Wang Zhaojun was married off by the Han Chinese emperor to a Hun chieftain as a pawn in an imperial game of chess designed to divide and conquer the Hun enemies.

A section of  the village gate of Baoping is in the form of a platform made of earth, on which a door is engraved with the Chinese characters "Shu Zhuang Tai" ("dressing table"). It is said that this is the place where Wang Zhaojun used to sit for her morning washing. The present-day platform has an added canopy, with stone tables and stools beneath it where visitors may pause for a rest – and perhaps to primp a bit at such an auspicious locale.

Nearby the village gate is the former dwelling of Wang Zhaojun, which had fallen into disrepair but which has since been restored to its original glory. The entrance-way to the house is marked by a palatial gate tower. The house itself is tall, full of rooms with high ceilings, and with winding corridors. A large garden park surrounds the house, with a terraced flower garden displaying hundreds of flowers, which, in season, blossom luxuriantly. Prominently placed in the garden park is a three-meter-high figure of Wang Zhaojun made of white marble, a later gift to the natal village of Wang Zhaojun by the city of Hohhot, capital of present-day Inner Mongolia Autonomous Region, but territory that was ruled by Huns, Altaic forbears of the Mongolians, during the life and times of Wang Zhaojun.