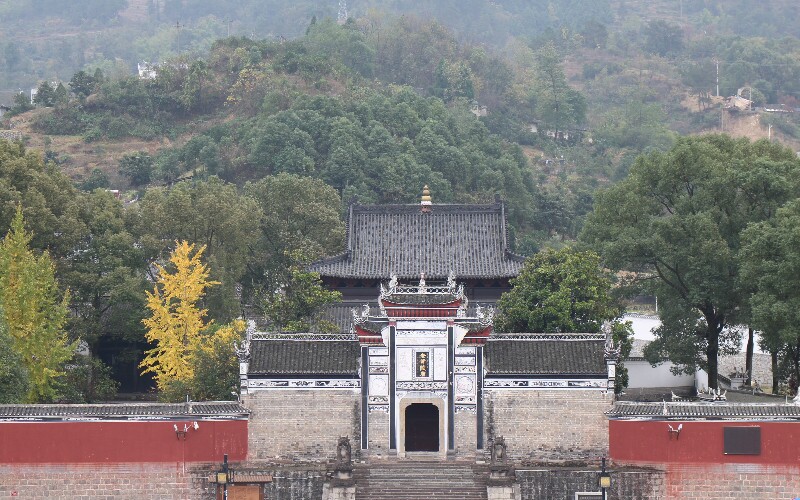 Huangling Temple sits on the south bank of the Yangtze River within the Xiling Gorge. It is seven kilometers away from the Three Gorge Dam site, and is one of the oldest ancient buildings in the Three Gorges area.

Huangling Temple is truly splendid, with its crimson walls and yellow roof. It was first built during the spring and autumn over 2500 years ago. According to legend, the temple was built to honor Yu the Great, who was believed to be the first ruler of the Xia Dynasty (the first Chinese Dynasty described in ancient historical records), and is best remembered for teaching people methods to harass the raging Yangtze River.

The temple has been destroyed and rebuilt several times. The remaining main building was built during the Ming Dynasty over 700 years ago, and has been repaired in recent years.

After going ashore, visitors climb 36 steps before reaching the temple gate. The main hall, Hall of the Yu the Great, is magnificent. It is supported by 36 big pillars, with each pillar inscribed with many valuable hydrology records of the Yangtze River region, including the story of a flood submerging the temple four meters from the floor. It is not surprising that the temple survived that flood given its sturdy pillars.

Thirty-six large pillars support the temple, houses some old tablets. On these tablets are written characters about hydrological data in ancient times.
The area surrounding the temple is a veritable orange orchard, which provides a beautiful setting.