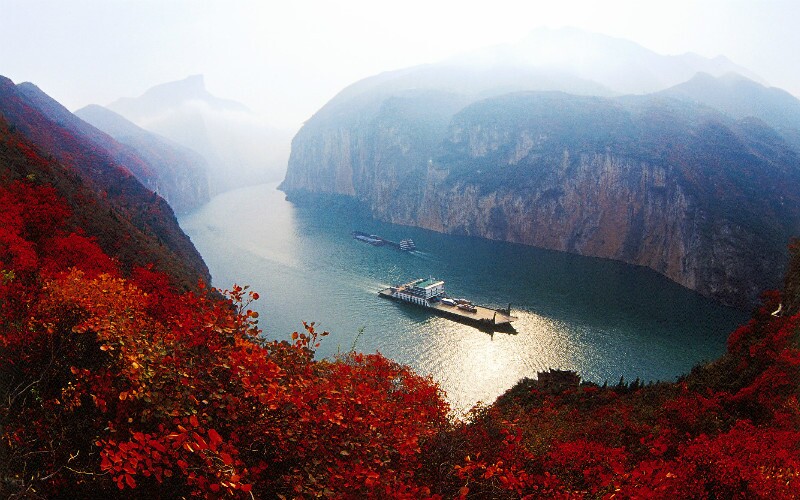 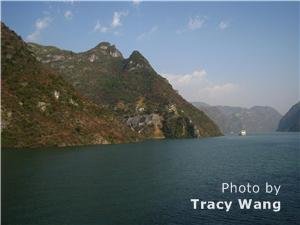 Wu Gorge is the second of the Three Gorges, through which the Yangtze River flows. It was also called Ba Gorge in ancient times. It is the most graceful and charming of the Three Gorges, known for its forest covered mountains and changeable clouds and mists wreathing around the tops. It is Chinese poets' favorite among the Three Gorges, providing the inspiration for a lot of sentimental and widely prevailing poems.

Wu Gorge rises to about 1000 meters (3280 feet) above river level. After the construction of the Three Gorges Dam, the water level in Wu Gorge rose about 80 meters (262 feet). Though the raised water inundated some historical sites, such as a plank road built along the cliff from Qutang Gorge to Wu Gorge, and many cliff inscriptions from the past dynasties (which is a great pity), it doesn't affect the grace and beauty of Wu Gorge.

As Wu Gorge is long and narrow and the duration of direct sunshine is short, the humidity of the gorge usually yields clouds and mists easily. They waft and wreath around the peaks in frequently-changing shapes, and are sometimes accompanied by Buddha's light (a kind of optical phenomenon that can be observed on cloud-shrouded high mountains). As a result of the phenomenon a colorful halo surrounds the observer's own shadow, and thus was often taken to show the observer's personal enlightenment (associated with Buddha or divinity). With mists and clouds curling around, Wu Gorge seems more fascinating and mysterious, when the observer knows the legends passed down from generation to generation.

The most attractive scenic spot of Wu Gorge is the Twelve Peaks of Wushan (Wu Mountain) located on both sides of Wu Gorge. Among them, Shennv Peak (Goddess Peak) is the most famous. It resembles a lifelike slim and graceful girl standing among the cloud and mist. As a Chinese legend goes, she was once a goddess who helped people by controlling floods. It faces east, the first to welcome the alpenglow and the last to see off the afterglow. Therefore, it is also called Wangxia Peak (Viewing the Morning or Evening Glow Peak).

The best way to see Wu Gorge is on a Yangtze Cruise. Read more on Yangtze Cruises.
For the best time of year to travel see Yangtze River Weather.