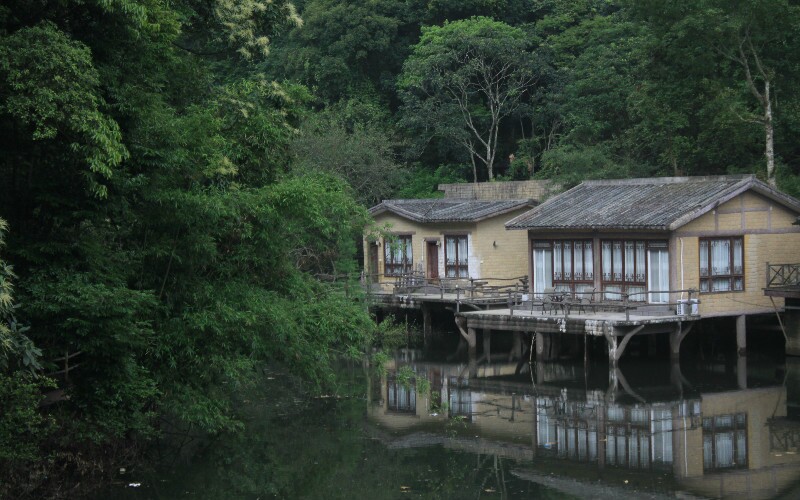 Zhaoqing Travel Guide - How to Plan a Trip to Zhaoqing

Zhaoqing City is located in the middle west of Guangdong Province, neighboring Qingyuan City, Guangxi Province, Yunfu City and Foshan City separately in the northeast, northwest, south and southeast. It covers an area of 1, 5000 square kilometers and has a population of 4.05 million. It enjoys convenient transportation and obvious location advantage. Adjacent to the developed areas including Shenzhen, Hong Kong and Macau in the east and Southwest China in the west, Zhaoqing is the traffic hub for the developed areas to the Southeast China.

As one of the cradles of Lingnan aborigine culture, Zhaoqing is a national historical and cultural city with a history of over 2, 200 years. According to archeological discoveries, there was the trace of human activity as long as about 140, 000 years ago. Moreover, it is also proved to be the birthplace of Cantonese.

It has abundant tourist resources. In the city proper, there is a picturesque attraction - Seven Star Cave. The lake and mountain are harmonious with each other. The mountain looks into the lake as if a beauty is looking into a mirror and appreciating its breathtaking appearance. The mountain is like that of Yangshuo and the crystal water resembles that of Guilin. No wonder it gets the name "The greatest spectacle in the South of the Five Ridges". As the most famed one of the four well-known mountains in Guangdong, Dinghu Mountain is high with thick forests; age-old trees reach into sky; birds are singing happily in the fragrance of flowers. It is a national nature reserve and is identified by the UNESCO as an ecological research station of "human and biosphere".

Situated in the north of the city center, Zhaoqing Railway Station has several trains to the main cities around China. You can take buses NO.1 and NO.7 to the station.

Moreover, there is a special train to Kowloon, namely, Train T364. It departures at 9:37 in the morning and arrives at 1: 38 in the afternoon.

Zhaoqing enjoys convenient transportation, and thus it is easy to travel around in Guangdong Province as well as get out of the province. There are quite a lot of long-distance stations in the city center, namely, Zhaoqing Bus Station, Hengsheng Bus Station, General Coach Station and Qiaoxi Bus Station. Buses run to cities involving Guangzhou, Shenzhen, Zhuhai and Shantou in the province. In addition, there are buses to Sichuan, Guangxi, Guizhou and Hunan Provinces.

Zhaoqing City is in the southern side of the Tropic of Cancer and belongs to the subtropical monsoon climate area. It rains a lot and also is often sunny with moderate climate. Its annual average temperature is 22 °C , while the average temperatures are 12 °C and 28.7 °C separately on January and July. The mean annual precipitation is about 1,650 mm, concentrating on April to September. In the spring, it is overcast and rainy in most of the days; in the summer and autumn, it may be attacked by typhoon; in the late autumn, it is sometimes blown by cold dew wind. Pay attention to the weather forecast and you will feel that Zhaoqing is suitable to pay a visit to in all the seasons.