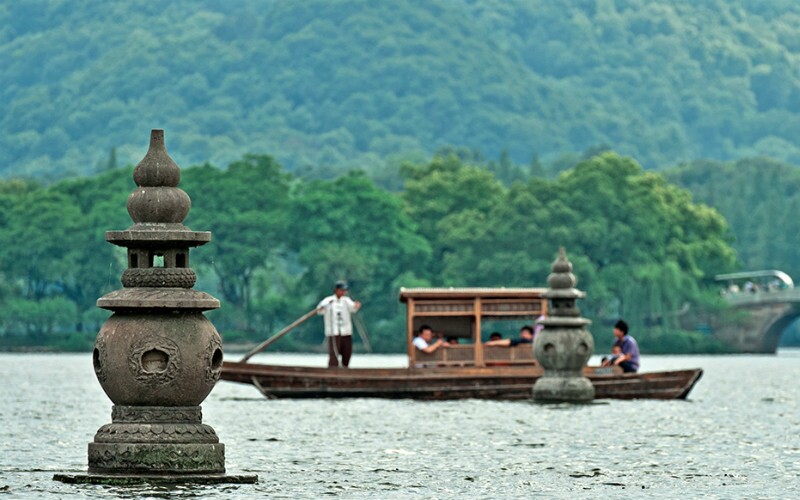 Zhejiang is one of the birthplaces of ancient Chinese civilization. A great storehouse of historical relics, Zhejiang has long been called The State of Historical Relics. Archeologists report, 50,000 years ago the hominid named "Jiande" had been living in the western mountainous area of Zhejiang. Large numbers of historical relics have been unearthed in the Hemudu Ruins in Yuyao City. The relics include production tools and food utensils made of animal bones, wood and stones. All of the archeological relics show that the Chinese ancestors of 7,000 years ago had a well-developed pre-historical civilization.

In the feudal period, Zhejiang was a favorite place for the emperors to build their seats of power, and it has witnessed the rise and fall of many dynasties. Throughout history, Zhejiang has been given a lot of names, however the shape of Zhejiang Province was fixed in its present form in the years from 1661 to 1722.

The economy of Zhejiang was developed relatively early. As early as the Eastern Han Dynasty (206 BC - 220 AD) there were advanced hydraulic engineering projects, a salt manufacturing industry and a porcelain making industry. After the Third Century AD, the economy in Zhejiang achieved further development, and business gradually became more prosperous. Up until the dynasties of Sui (581-618) and Tang (618-907), the economy in Zhejiang developed at a fast rate, and the productivity of agriculture also improved. The area around Hangzhou City and Jiaxing City became an important production area for crops. The textile industry, porcelain making industry and paper making industry were improved. Mingzhou (now Ningbo City) became an important trade port in Southeastern China. After the Tenth Century, Zhejiang entered a prosperous period of feudal economy, and become one of the richest areas in China.

After the mid-Nineteenth century, because of the invasion of Western capitalism, Zhejiang became an important bridge between the economic hub of Shanghai and wealthy southern China. Despite stagnation during the Cultural Revolution, Deng Xiaoping’s economic reforms combined with the entrepreneurial spirit of the Zhejiang people enabled this province to once again become one of China’s richest provinces, a major center for export and commercialism.