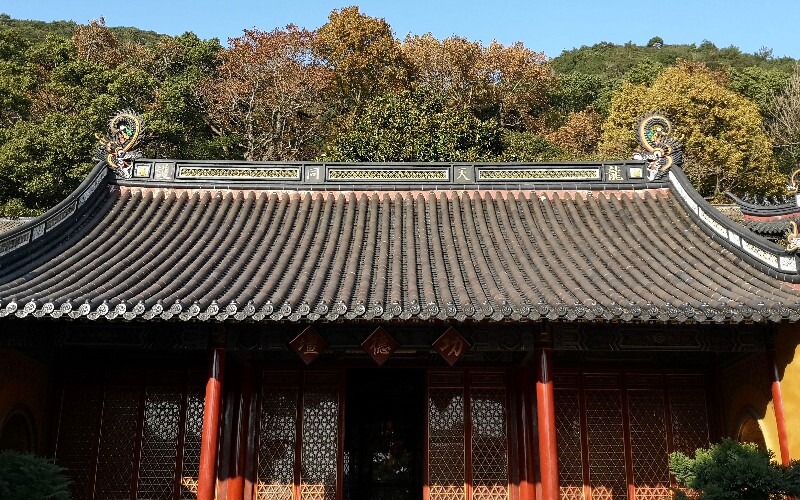 Zhengzhou City God Temple is located on the northern side of Shangcheng Road of Zhengzhou City. It is the largest and most complete ancient architectural complex in Henan Province. A temple was first built in the early Ming Dynasty (1368-1644). It was rebuilt during the Qing Dynasty. The complex site used to be a temple to the protecting Daoist god of the city. The temple was destroyed by natural disasters and by people. Now, it is used to display folk art and crafts for fairs. The main buildings include Mountain Gate, Front Hall, Happy Building, Main Temple Hall and the Emperor's Resting Place and a lot of artwork is displayed.

The Happy Building is 15 meters high or about 50 feet high. Glazed tiles are used on the buildings. There are various sculptures. Among the artwork, you can see swimming dragons, a dancing phoenix, lions and lotus plants. There is also an artwork about the Eight Immortals crossing the sea. The Eight Immortals are eight immortal people who became Daoist dieties.

There is a temple fair on the 18th day of the third month of the lunar calendar every year. This day varies from year to year on the regular calendar. There are a a lot of temple fair activities, but the temple isn’t officially a religious temple. People display and sell craft objects and sell local snacks and food. Many people visit the area and the scene is very lively.