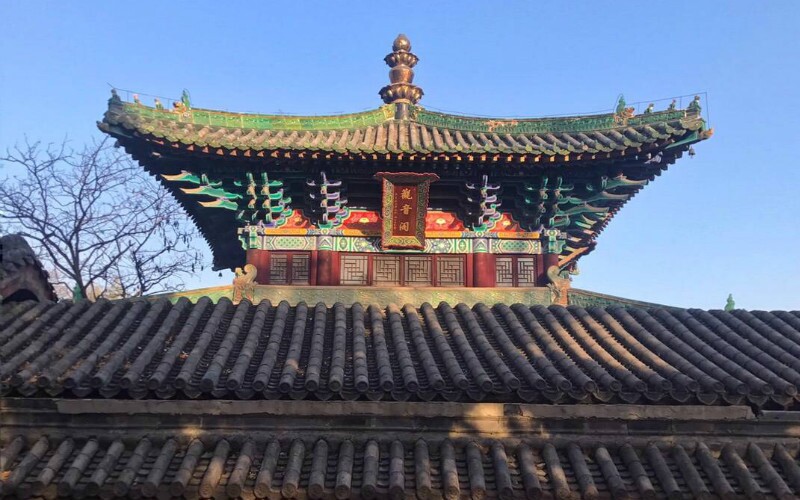 Mount Songshan, one of the Five Sacred Mountains of China, is of great historical and cultural significance. It was long being an important venue for the ancient Chinese emperors, kings and ministers to hold grand ceremony of worship of heaven to pray and say thanks for peace and prosperity. Also, poets, men of letters came here to propagate doctrines of the ancient sages; princes, dukes, ministers came here to deliver a sermon; Chinese and foreign tourists have been coming to admire the wonderful views.

Emperor Wu of the Han Dynasty visited Songshan in the year of 110 B.C and gave an order to the 300 families to make up of the Songgao County; in the year of 682 A.D, emperor Tanggaozong ordered to build Fengtian Palace on the south of Songshan in order to visit the Songshan often. And then he ordered to set up Songyang County. In 696 A.D, Empress Wu Zetian of the Tang Dynasty climbed onto the ridge of Taishi to do homage to heaven, and did homage to the earth on the top of Shaoshi. She changed the name of Songyang County to Dengfeng County, which in Chinese means "climbing and paying homage"; and changed Yangcheng County to Gaocheng County, which in Chinese means "succeed".

Since the reform and open policy, the Songshan scenery spot has greatly been improved. Eight scenery spots have formed here, including the Shaolin Temple, the Songyang Academy, Taishi Mount, the Fawang Temple, the Zhongyue Temple, Luya waterfall, the star observation platform, and the Shaoshi Mount.