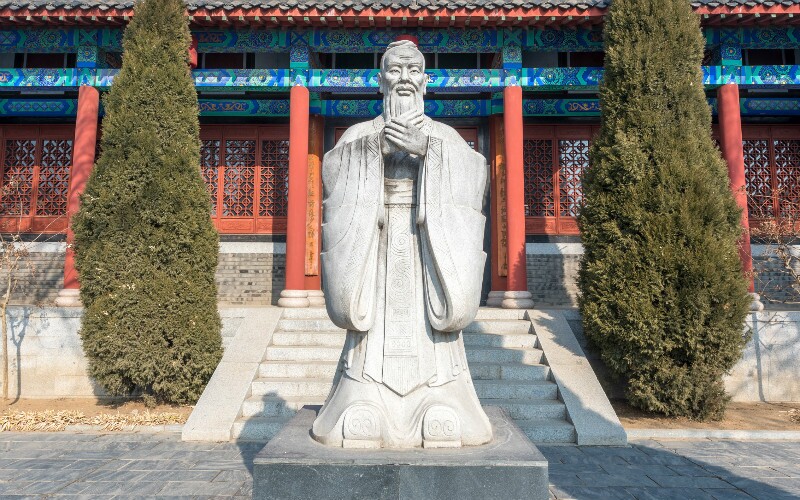 Zhengzhou Confucius Temple is used to worship Confucius and other sages. A temple was built there during the Eastern Han Dynasty era (25-220 AD) when the Eastern Han Empire had their capital in Luoyang not far to the west. The modern temple has several buildings and some highlights to see.

A highlight are the glazed tile ornamentation and the decoration on the Dacheng Hall. The multicolor artwork on the building portray the Jade Emperor who is a supreme deity of Taoism and characters from stories and legends of the Three Kingdoms. The Three Kingdoms were the three kingdoms that emerged when the Eastern Han Empire fell in 220 AD. Another highlight is the sacrificial ceremonies that are held in the temple in the spring and autumn.

Zhengzhou Confucius Temple was initially built in the years 58-75 of the Eastern Han Dynasty. In the last 2,000 years, it has been destroyed and rebuilt many times. In June of 1963, the Dacheng Hall that was built in the Qing Dynasty era was declared to be a protected site by the government of Henan Province. In 2004, 2005, and 2006, the Zhengzhou government allocated 30,000,000 RMB (4,638,000 USD) to renovate the complex. They hung the Dacheng Clock that weighs 1278.5 kg in front of the Dacheng Hall in order to commemorate the 2557th birthday of Confucius. It isn’t really known when he was born though.

Address: Zhengzhou Confucius Temple, Guancheng Avenue. Here is the address in Chinese to give to a driver or guide: 郑州文庙中国河南省郑州市管城回族区东大街郑州文庙.