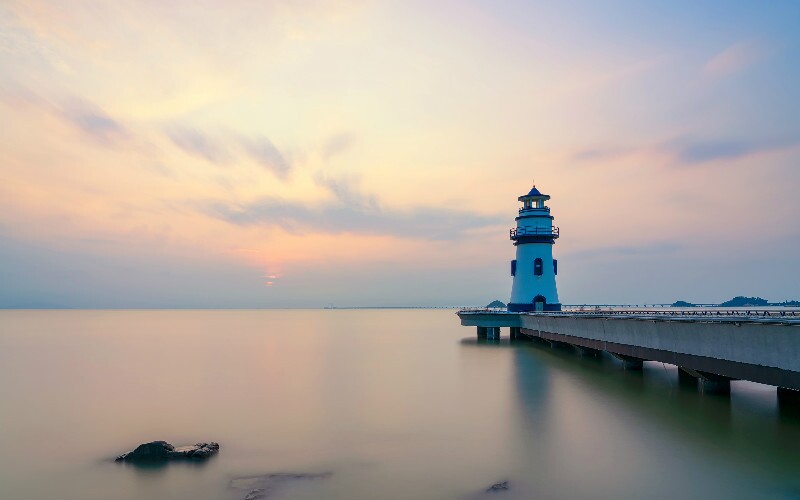 Situated at the foot of the meandering and luxuriant Shijing Mountain (also called the mountain of Xiniuwangyue: the rhinoceros looking up at the Moon), the Shijing Mountain Ropeway is on almost all tour itineraries in and around the city. According to the legend, more than one hundred years ago a businessman invited a geomantic master to choose a "lucky field" for them to invoke prosperity in the future.

When they arrived at Shijing Mountain, they found a peak in the distance that sat by the sea, looking like a rhinoceros raising its head to view the moon. The smooth-tongued geomantic master said, "as long as you stand on the mountain and face the sea, making sincere wishes and doing good deeds, you will surely have success."

A few years later, lucky with making money, the businessman had a flourishing business and became a very successful man, as the master said. Now, Shijing Mountain Ropeway, embedded in this treasure land where a ghost has shown its power, lies at the back of the mountain and faces the sea, reflecting an air of independence while ascending to heaven to become immortal. It covers an area of more than 6000 square meters with magnificent scale and extraordinary vigor.

Seen from afar, the mountain looks like a rhinoceros raising its head to look at the moon. Exotic rocks over the mountain crest fall like waves on an open sea and are strewn in a random yet orderly way. The beginning of the landscape is like a galloping horse while the end is like a river returning to the sea, reflecting a natural image of a hundred beasts.

For this reason, its name was later changed to Shijing Mountain. Climbing up the mountain, you will see boundless waters, dotted islands, a beautiful bay and a prosperous city right before your eyes. The scenic area reflects the garden-style seashore, and the characteristic and charming landscape of Zhuhai City.

China Highlights is your China travel expert. We can help you customize a Zhuhai trip.