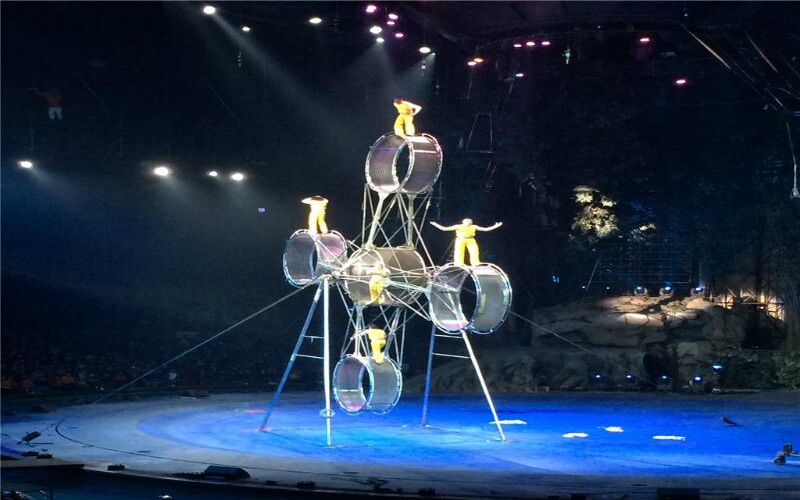 The Zhuhai International Circuit covers four square kilometers. It is the newest and currently the best of Asia's six A-level tracks (including four tracks in Japan and one in Indonesia). The Zhuhai International Circuit track is composed of four layers. The bottom layer, which is 15 centimeters thick, is made of detritus. The second and third layers are made of asphalt concrete, and the top layer is made of bituminous pavement. All of the layers adopt the newest materials in the world with high melting points.

Therefore, they do not get sticky at high temperatures. The entire is 4.32 kilometers in length, and its width is 12 meters for straight sections and 14 meters for the rest. There are 16 turns designed in a clockwise direction, of which five are left turns. The highest speed on this track has been recorded at 300 kilometers per hour.

The principal project of the circuit includes the command center, the maintenance center, the medical center, the distinguished guest hall and the news center. On October 31, 1996, the Zhuhai International Circuit was officially opened and the first international race was held on this first Formula 1 circuit in China.

The race attracted 300 automobile racers and 250 race cars from 19 countries and regions, including the world famous McLaren motorcade, the Porsche motorcade and the Ferrari motorcade. The race included nine events, such as the GT endurance race, the Southeast house car challenge race, the Asia Formula circuit and the China domestic car race.

China Highlights is your China travel expert. We can help you customize a Zhuhai trip.