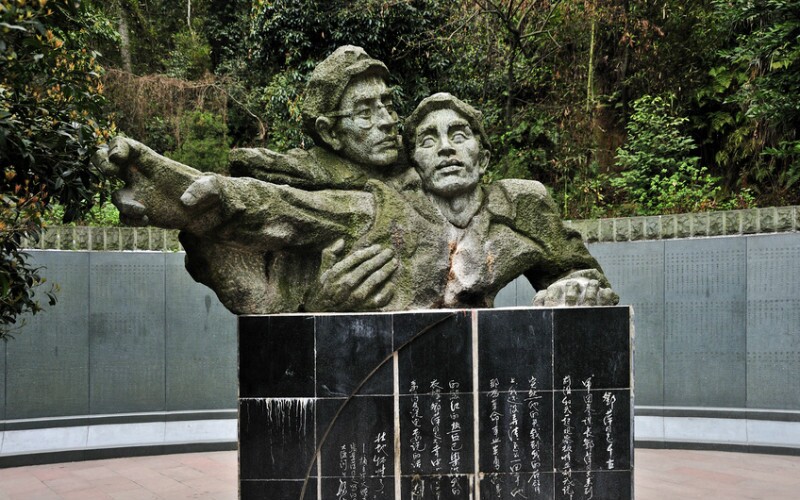 The temple is next to the Xiangjiang River, so one of the highlights is seeing the scenery around the site. There are three buildings along the central axis. The Hall of Heavenly Kings 天王殿 is the first hall. It is in the front, and you can enjoy the beautiful scenery at the River-watching Pavilion that is to the left of the Hall of Heavenly Kings. The Great Buddha's Hall 大雄宝殿 is the next hall. The Mother Buddha’s Hall 观音殿 is the third hall. It has books, pictures, carvings, statues and a dagoba.

The site may have a long history, but the current buildings were built about 1925 or much more recently since the early 1980s. The complex was turned into a dormitory and housing for a battery factory on the premises. In 1981, the city government supported restoration of the Buddhist temple. In 1983, the Provincial Government granted the opening of the temple as a cultural preservation unit. Since then, millions of RMB have been spent on restoration and expansion, and the temple attracts Chinese people who are touring the historical sites and Buddhists.