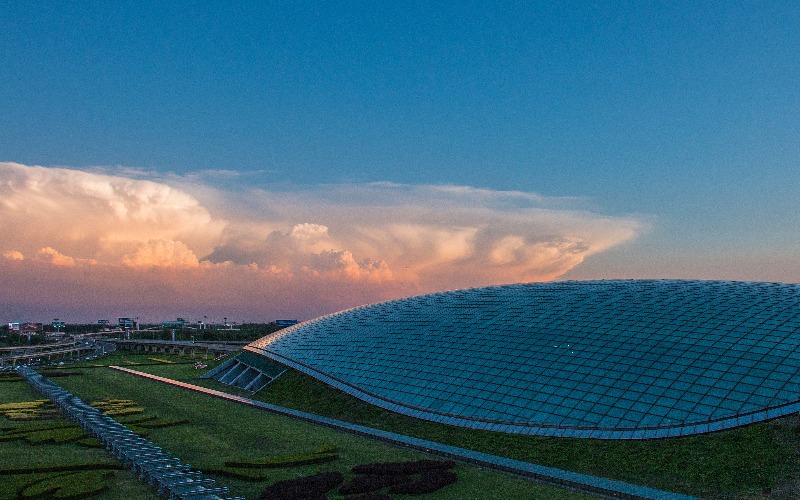 Beijing Capital International Airport is located in northeast of Beijing, capital of People's Republic of China, and 25.35km from the Tian'anmen Square, center of Beijing city. It is not only an aviation gateway of Beijing and a window for international communication, but also a radial center for China civil aviation network, featured in a large-scale international airport, with most important location, biggest scale, fullest facilities and busiest transportation in China.

Beijing Capital International Airport, under the administrative control of Civil Aviation Administration of China (CAAC), officially opened on March 2, 1958. With the development of civil aviation business and the increasing volume of passenger and cargo transportation, it was expanded in large scale. The Passenger Terminal 1, covering an area of 60,000m2, and auxiliary facilities, including parking apron and car parks, officially put into service on January 01st 1980. Terminal 1 was designed to serve 60 flights daily and 1,500 passengers at peak hours. The facilities at flight areas of the expanded Beijing Capital International Airport was meeting the 4E standards required by International Civil Aviation Organization.

With the continuous growth of quantity of international airlines to Beijing and the density of international flights, the Terminal was enlarged again from October 1995 to November 1999. The Terminal 2, covering an area of 336,000m2 and equipped with state-of-the-art facilities, officially went into operation on November 01st 1999. Terminal 2 is able to handle 26,500,000 passengers yearly and 9,210 passengers at peak hours.

Due to the excellent geographic location and service facilities at Beijing Capital International Airport, 66 domestic and foreign airline companies are participating in the operational business, including 11 domestic companies and 55 foreign companies. More than 5,000 scheduled flights are available to 88 cities in China and 69 cities abroad.

Before boarding a plane, passengers should be clear about which terminal to go to for their flights. Here we list which terminals which airlines depart and leave from.

The Shortest Driving Distance & Times from Beijing Airport to...

The Following data show the shortest driving distance and hours from Beijing Capital Airport (under the condition of no traffic jam).

Buy Tickets at the Airport

Shuttle Bus Line 2, 3 and 4 depart every 15 minutes, while others depart every 30 minutes or when the bus is full.

Round-the-clock luggage deposit services are available at each of the three terminals. Passengers can leave their luggage there for hours or days. Electric password lockers are also provided for small-size luggage, and the charge is based on the locker’s size and service time. Please note that if luggage is unclaimed after 120 days, it will be sent to the Public Bureau of Beijing Capital Airport for disposal.