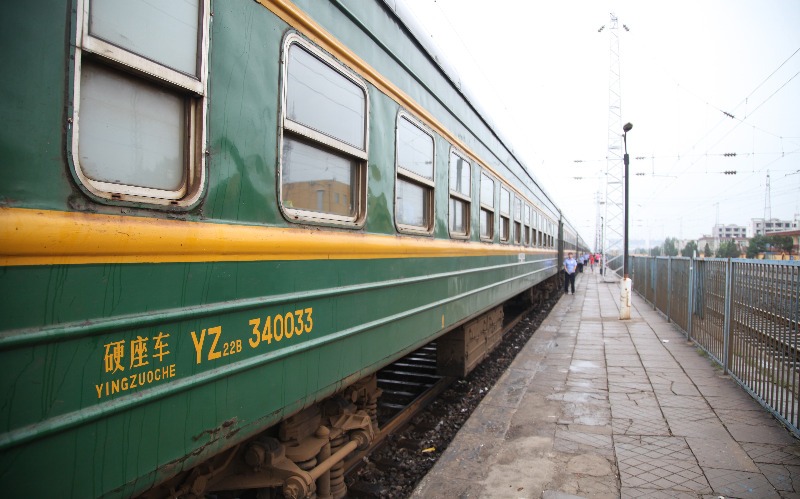 Below is a list of major trains running from Wuchang Railway Station to the other major railway stations in China:

Walk 5 minutes to Hongji Bus Station from Wuchang Railway Station, and then take an airport shuttle bus directly to the airport at a ticket fare of 32 RMB.

Take bus 10 to Hankou Railway Station from Wuchang Railway Station and then walk to Jinjiadun Long Distance Bus Station, before taking an airport shuttle bus to the airport.

Take a taxi directly from Wuchang Railway Station to the airport at a fare of 130 RMB.

The city transport of Wuchang includes taxis, buses, and metros, which are very advanced and convenient with fair fares. Taxis and buses can be taken to any place within the city.

Transport to the Other Railway Stations in Wuhan

Bus 564 goes from Wuchang Railway Station to Luojiashan Mountain, and bus 402 can then be taken to Donghu Lake Scenic Area.

Wuchang Railway Station is rectangle-shaped with bell sets decorating its walls, displaying the ancient Chu culture. The station has well-equipped modern service facilities, mainly including one VIP waiting hall, one cushioned-seat waiting hall of 963 square meters (10,000 square feet) in size, two ordinary waiting halls, one special waiting room for expectant mothers, and six automatic escalators. A square of 19,350 square meters (208,000 square feet) in size is situated at the front of the station, having 333 parking spaces for taxis and buses, and 23 operating bus lines.

In the ticket halls of Wuchang Railway Station, the ticket vendors are available to facilitate passengers who have a limited time to catch the trains, and both an online ticket booking service and a telephone booking service are also available, although it is recommended to book in advance.