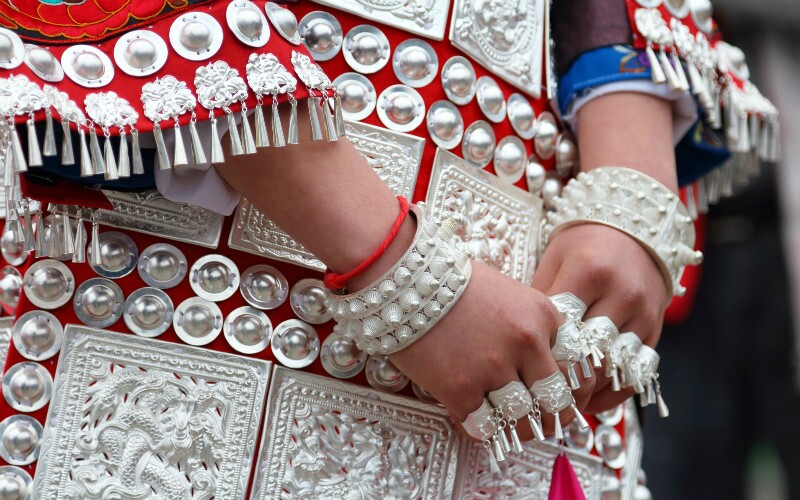 The natural specimen collections include fossil teeth, the fossils of extinct mammals and various kinds of bone objects.

The historical artifacts include painted pottery, a bronze drum from the Warring States Period (475 BC to 221BC), various bronze weapons from the Bronze Age, an iron sword with a bronze handle, a bronze carriage of the Han Dynasty era, ceramics of the Southern and Northern Dynasties era (420-581), textiles of the Ming Dynasty era (1368-1644), and over 3,000 pieces of calligraphy and painting from the Ming and Qing Empires.

Guizhou is a large, somewhat empty, and little traveled province in western China. There are a lot of minority groups there. You can see representative examples of their clothes, ornaments, handicrafts, and implements.

Besides, there are modern cultural relics including documents, weapons and artwork from the Qing Dynasty (1644-1911) and the 20th century. You can see pictures of the revolution led by Sun Yat-sen, the Communist Revolution, the Japanese invasion, and WWII. You'll be instructed on these events.

A new museum building is being constructed in Guiyang (贵州省博物馆新馆). It is a much bigger building that is modernistic and has a wide plaza in front. It has a construction area of 42,000 square meters or about 10 acres. The display and exhibition area will total about 16,000 square meters or about 4 acres. The government reports a total investment of 385,530,000 RMB or 60 million USD. It is a big futuristic-looking building that is disjointed and has geometrical segments. The highlight of the collection will be prehistoric find related to evolution.

The new building is in the Jinyang New District of Guiyang City. It is near a water reservoir. It is expected that they will need three years to build it.