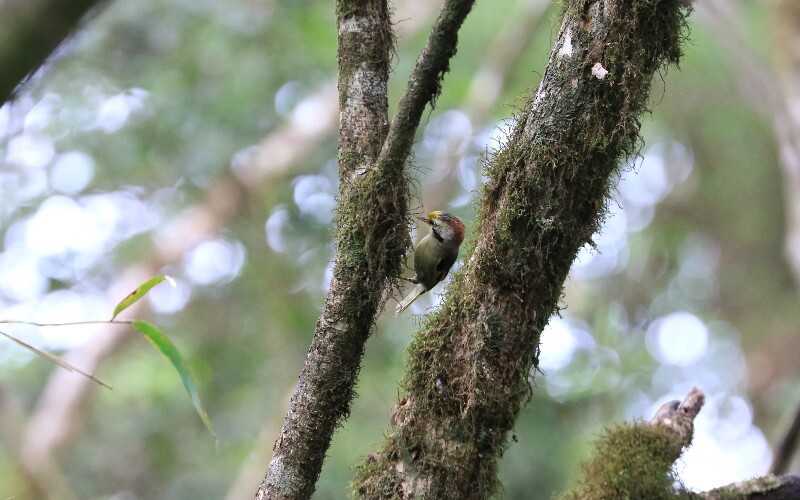 If you are in China and are looking for a place to go hiking and have a relaxing weekend, then Moganshan is the place for you. Read on...

There are European and American-style villas and houses left by missionaries and other foreigners. Some are quite large and are made of stone. Some have been turned into guesthouses.

What you can expect there

Moganshan (or Mount Mogan) National Park consists of a mountain that has three peaks and some foothills. It is considered among the top resort places in China.

It is best known as a hiking and resting area with guesthouses where people can rent rooms in well-built Western-style buildings. The buildings were built when the area was as a foreigner enclave before 1948. The area is dotted with European-style villas that have been turned into guesthouses.

The beautiful, lush pine and bamboo forests and natural rock formations are loved by hikers. The area makes for wonderful walks in the fresh air along Chinese-style paved footpaths and stairs and dirt paths cut through the vegetation. A paved path takes you to the top to show you the Valley of Anji.

The highest peak is called Ta Shan, and it is 724 meters high. You can hike to the top along a paved path.

You can also hike to a waterfall and a pond called the Sword Pond. You can walk around looking at houses and villas made of stone. You might be able to identify various architectural styles such as British, French and American. Some look like European chalets.

A favorite natural highlight is a strange rock formation that some people say is weird. Its Chinese name is Guai Shi Jiao ('Weird Rock Corner'). People can walk to it by walking along the ridge. There are spectacular views of green hills there.

A bit about the history of Moganshan

Foreigners built the villas and houses mainly to be a summer retreat during the hot months of the summer.

In the late 1800s and early 1900s, southern China wasn’t a healthy place to be, so foreigners living in the large International Settlement region of Shanghai and in other places tried to find cooler and safer places to live during the hot summer months when plagues were common.

Missionaries began bringing their families first in the late 1800s. Then business people and other foreigners moved in. They bought land, and the foreigners set up a government along the lines of the International Settlement. The area became a favorite summer retreat for foreign kids, and there was a swimming pool and a tennis court. Meeting halls and churches were built too. It became a town for influential people and their families, and thousands of foreigners would go there in the summers.

After WWII, Chiang Kai-shek had a villa there that you can still see. Then top government officials and Communist officials from other countries such as Ho Chi Minh took over the villas. So the area has long been one of the country’s favorite summer resorts.

The area is large and spread out. It covers about 10,000 acres. So to enjoy the place, it might be best to take a room for a night or two and relax and wonder about. If you want, there are various attractions to visit.

There is the Mao Museum that has little in it but an iron bed where it is said that Mao had a nap.

There is also White Cloud Castle where Chiang Kai Shek spent his honeymoon with his wife in 1927. You can see old artifacts and WWII photos. High officials met there. There are also ponds and a marsh you can see.

If you are hiking up to the peak or want to see their old assembly hall, there is an old Assembly Hall that was built in 1923 halfway up along the Ridge Road. It had space for a kindergarten, a concert hall and a village church. Today, it is used as a carpenters’ workshop and store. You can see tennis courts next to the building.

If you want to see a real tea plantation, the Qingcaotang (Green Grass Soup) Tea Plantation is just below the rock formation called Weird Rock Corner on its southern side. It is above 700 meters in elevation. A pound of their black tea may cost about 500 RMB or 75 USD. It is said to be delicious. So it is a place to buy good quality Chinese tea. You can have a tour of the plantation and learn how people make tea, and lunch is for sale too.

The area is plentiful in high-quality bamboo.

The area is known for its tea and bamboo handicraft articles such as beds, chairs, vases, bowls, and cups at local shops.

Mogan Huangya is a famous yellow tea in Zhejiang Province. It is a rare yellow tea that is produced on Mogan Mountain. Its flavor is mild and sweet, and its aroma is light. It is expensive. It is said that it has been produced since the Tang Dynasty era more than 1,000 years ago.

A taxi ride from Hangzhou to Moganshan takes about 1.4 hours and costs at least 240 RMB. There may be additional tolls or fees. However, a taxi to the Wukang/Deqing Bus Station costs only 150 RMB or about 23 USD.

Buses to the Wukang/Deqing Bus Station

From the Hangzhou North Bus Station on Moganshan Street, buses leave frequently to Wukang (武康) and the Deqing (德清) area. Bus travel takes about 40 minutes, and it costs about 20 RMB or 3 USD.

Moganshan is a very popular weekend destination, for expats, tourists and locals, so expect crowds during peak seasons. However, accommodation options are also by the hundreds. You can opt for various types of stay options, based on your budget.

There are several well-known high-end villas and resorts (Naked Retreat, Le Passage, Yi Yuan Villa, Pastor Villas, etc) which are on the expensive end of the scale. One of the best ones at the top of the mountain is known as Moganshan House 23 — a revamped colonial villa. It can cost you anywhere between RMB 600/ night to RMB 1500/ night, depending on the room, view, number of people, and so on.

The other option we recommend is to look up budget home stays and chalets in Houwou Village, where the locals are happy to provide you with a comfortable stay, with an authentic experience of the region, people and their food, at nominal prices.

Including Moganshan in Your China Trip

Check out our create your own trip option for a customized tour best suited to your budget and interests. We promise you won't be disappointed. Here are some suggestions for tours that could be easily supplemented with a Mount Mogan stay: